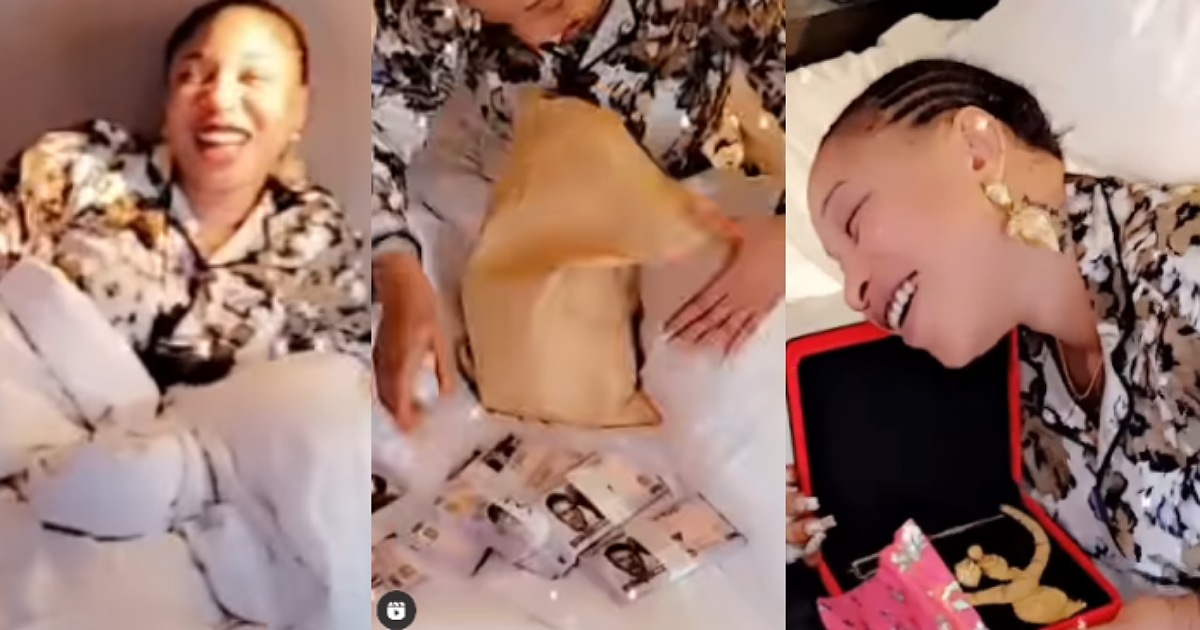 The actress recently turned 36 and she received lots of surprises from her fans including N2million cash gift.

This comes after it was rumoured that the actress is expecting her second child with her alleged lover.

A video which was shared by Tonto Dikeh to mark her 36th birthday celebration sparked the speculations after fans spotted her protruding stomach.

Reacting to the video, some of her fans and followers pointed out her protruding stomach and claimed she is pregnant with her second child.

The actress is however yet to confirm if the speculation is true or false.