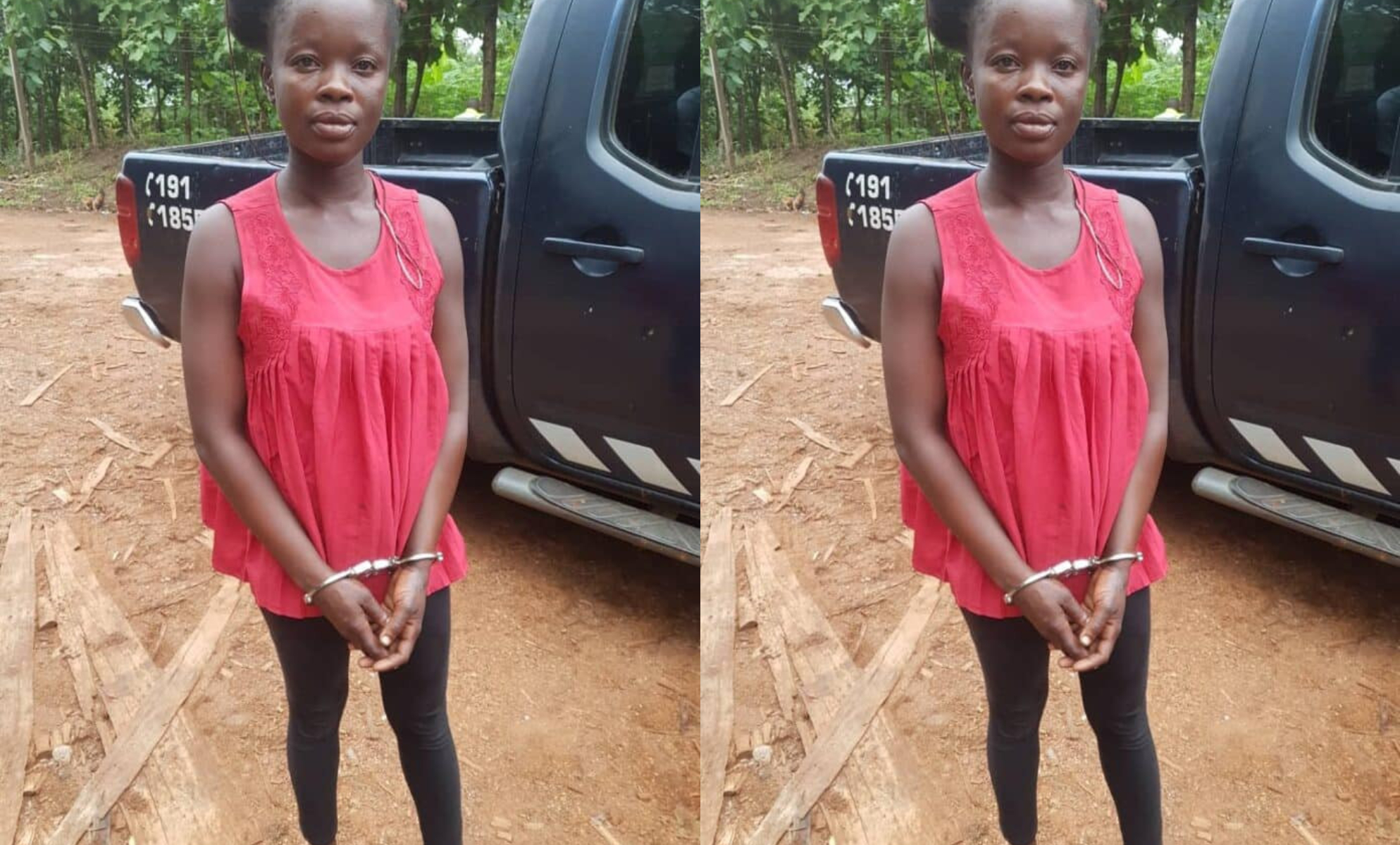 In Ghana, police have detained a young woman for reportedly stabbing her lover to death with a scissors while eating grasscutter soup.
Prior to the sad events, the suspect, a 27-year-old hairdresser, was said to have accused her boyfriend of cheating on her.

The lovers got into a violent argument, according to a police source, after the dead denied the suspect a grass cutter meal he was consuming.
After his lover, Hilda Asumani, stabbed him with a scissors, the deceased, Prince Yaw Aboagye, was found Dead in front of their chamber at Abesim in Sunyani municipality, Ghana.

Hilda, a mother of two, allegedly stabbed Aboagye four times on the neck and chin and sensing danger, she tried to stop the blood that oozed from the wounds with a bedspread.

Read; Nigerian men are the best – Ghanaian lady says as she shows off boyfriend

The couple, who have been in a relationship for almost six years and have a child, had been having furious arguments and fights for some time, according to some co-tenants who spoke to the press.

Hilda and her boyfriend had a misunderstanding last Sunday, June 6th, after she suspected him of having an affair with another lady, according to a local who requested anonymity.

Hilda later took his phone, resulting in a confrontation that was eventually resolved, however she refused to return his phone.

While the police investigation proceeds, the body has been lodged at the Bono Regional Hospital for a postmortem.

What is the Difference Between IPv4 and IPv6?