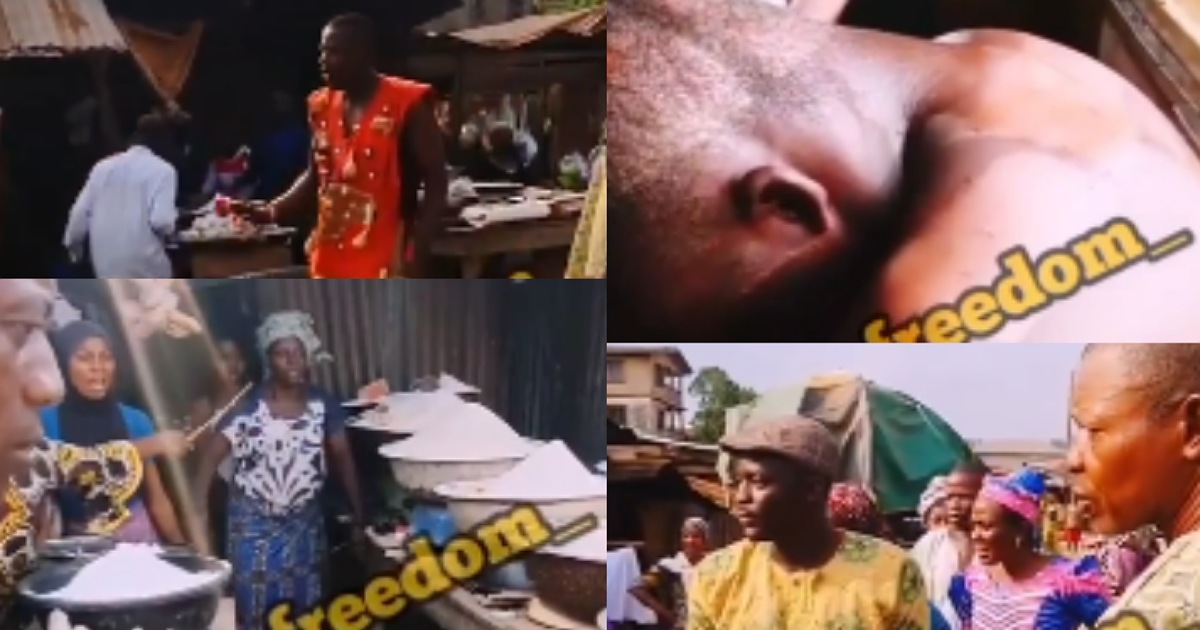 A video making the rounds on social media shows the moment an upcoming comedian received the beating of his life in Ibadan.

In the viral video, the upcoming comedian pranked market sellers that he needed a virgin girl to use for rituals.

He proceeded to bring out a girl who he claimed was suitable for the rituals. Despite pleas and threats from the market women to stop him from continuing the rituals, the prankster paid deaf ears.

Lady recounts how her niece escaped being used for ritual by…

He pulled off his shirt and brought out a stick tied with a red cloth, which he used to point at the victim.

Unfortunately for him, the men at the market quickly grabbed him at the scene and began to rain blows on him, till he begged for his life and told them it was a prank.

He was subsequently rushed to the hospital as he was bleeding from the head and other parts of his body.

Pastor Adeboye, others will be prosecuted for tweeting – Lai Mohammed