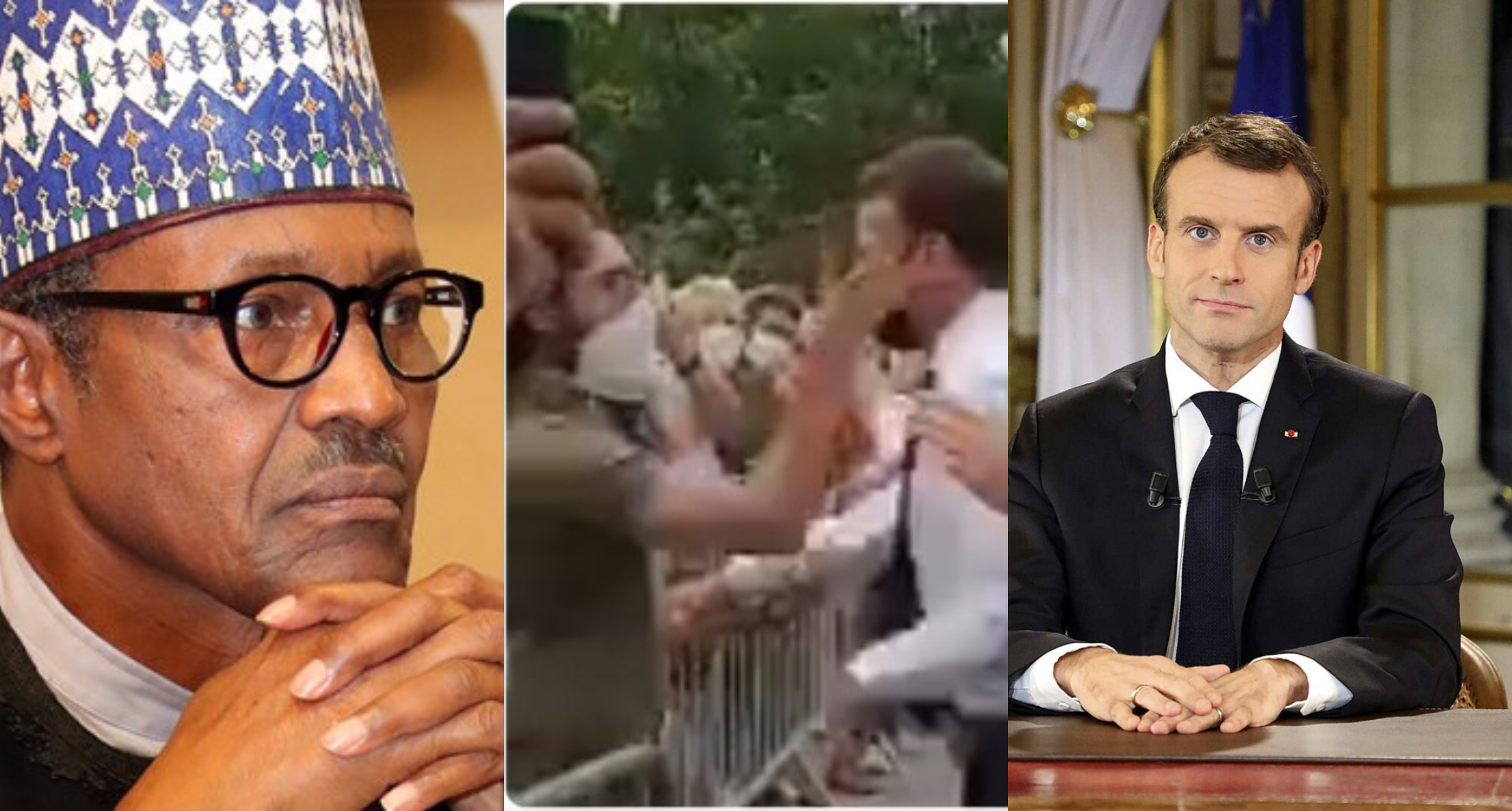 During a crowd walkabout in South eastern France, France’s President, Emmanuel Macron, was slapped in the face.

Today, June 8, the humiliating occurrence occurred, and the video has already gone viral. 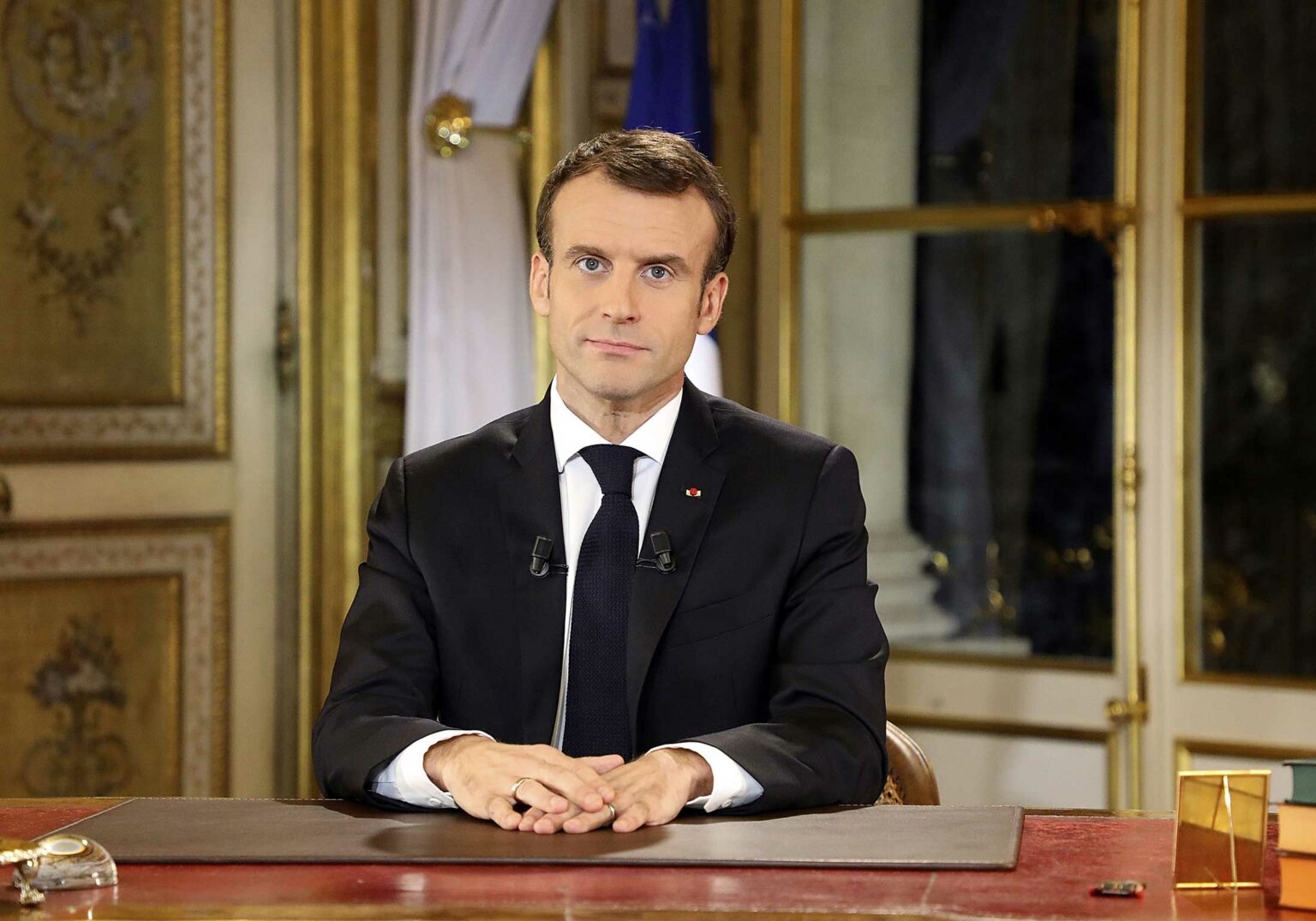 In the  video that has gone viral on social media, President Macron can be seen approaching a gathering of well-wishers who are gathered behind a barrier.
The President extended his hand to shake the hand of a man wearing a green T-shirt, glasses, and a face mask. His gesture, however, was received with a loud slap.

Wife pours hot water on her husband in his sleep over…

Read; Reactions From Nigerians After President Buhari Threatens To Shock Those Who Are Planning To Ruin His Administration

Macron’s security detail rushed in and forced the man to the ground, while the president walked away from the situation.

Mr Macron reportedly paid a visit to the Drome region to meet restaurateurs and students to talk about how life is returning to normal amid the COVID-19 pandemic.

Nigerians who have seen the video have made remarks on how our president deserves such treatment too.

So sad, Actress Omoni Oboli narrates what she and her late mother went through in the hands of poverty when growing up