Iyabo Ojo former PA, Gbeminiyi, accused of ruining her business tells her own side of the story 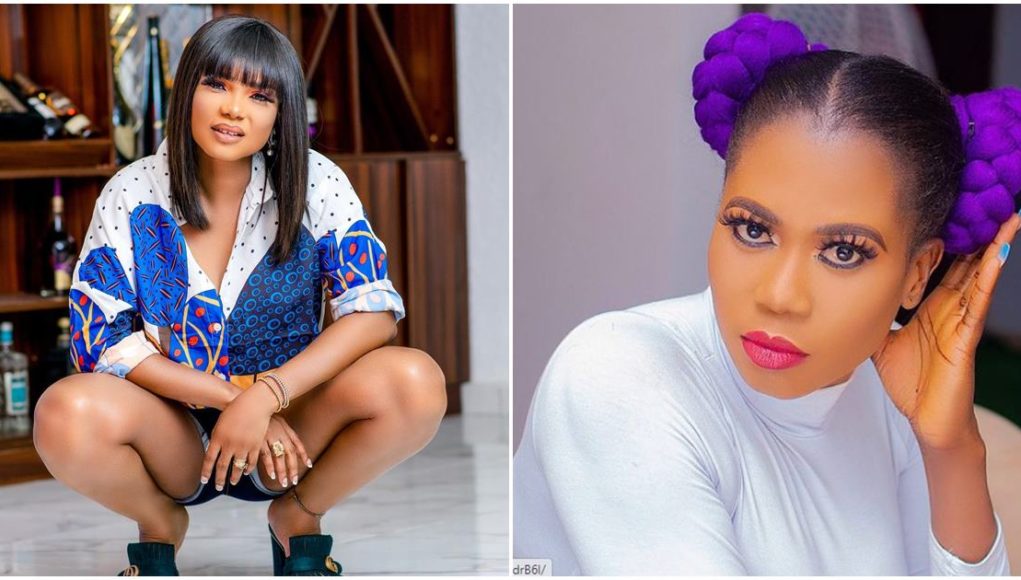 Gbeminiyi, Iyabo’s former PA, has responded to the actress’s accusation that her best friend, Omo Brish, was in constant communication with her after she attempted to wreck her career.
In an earlier post, Iyabo Ojo called out her best friend, Omo Brish, calling her a manipulator and accusing her of not terminating her relationship with her former PA, who tried to destroy her business.

Gbeminiyi, her former PA, has retaliated, accusing Iyabo of attempting to dominate her through unjust cyberbullying and daring Iyabo to reveal everything that happened between them.

Here’s what Gbeminiyi had to say:

Whateva d issue btw u & aunt Tocyn is , it’s no business of mine n has absolutely nothin 2do wit me so dnt use me as a bait. U av tried everythin humanly possible 2 hurt me, subjecting me 2 unendin cyber bully , cuttin pple off me all becos u claim I wronged u wc I neva did.

Can u b truthful wit urself 4 once n tell everyone d real cause of ur brouhaha wit auntie Tocyn becos d last I checked auntie Tocyn doesn’t live in Nig, I haven’t seen her in a long time neither do we communicate becos u av told everyone 2 stay away frm me witout me doing no wrong 2 them.

I saw you circled my likes on her page, u dnt own me neither can u tell me whose pics 2 like. Besides, auntie Tocyn isn’t ur only friend I like their pics n comment on their post , why nt fight others too. U tell me to disrespect, block n stay away frm pple becos u are fighting them wc I alwys do only 2 realise dat u make up wit these pple behind me leaving me in their bad book.

U fight anyone who say ordinary hello 2 me, u told everyone all sort of lies jst so they all hate me. Guess what Ms Iyabo Ojo , u pulled out my hidden strength becos EL-YAHWEH Neva left me 4 a mins.”

”LOYALTY TURNED SLAVERY !!!
I hear u say u took me like a daughter n I almst ruined ur business, hmmmmmm. A daughter sha, business sha… A daughter u openly beat n humiliate @ d slightest opportunity, a daughter who did u no good 4 14yrs, u’re d only sacrificial lamb. Business [email protected] we both knw what’s up, business I gave my best bt 2u I didn’t do jack. U claimed I took ur money , you&I know [email protected] @ that time, U had no kobo na package we dey package.

Some of us are wired properly so we know how to tame our mouth even in a fist of extreme anger becos eyin lohun, to ba ti jabo, ko shey ko…. Let God b d judge btw u&I.
It’s almost 3years n u still wouldn’t let go : shey nkan mi wa nibe ti e ko so:: pls leave me alone, let me live my life, keep my name out of ur mouth; ebé lánbè osiká . Keregbe to fo, deyin leyin odo
Fix your mess wit everybody ma’am!!!! Iré o”.