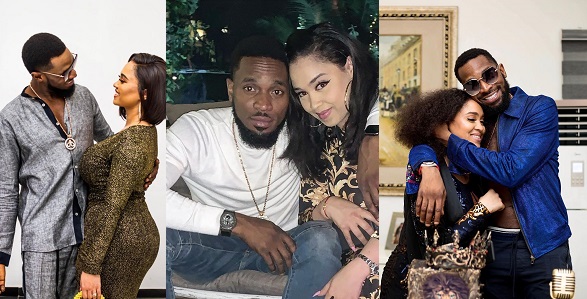 The wife of sensational singer, Dbanj has reacted to his new look.

In a video that surfaced on social media, Dbanj was seen with tinted braided hair and according to Lineo, the singer looks like a low budget Yahoo boy.

Speaking further, the mother of two said that she does not want him to go to their son’s school because of his new look.

Recall that a few weeks ago, the Koko master publicly declared that he was born-again.

According to Dbanj in the video that surfaced on social media, God blessed him with two kids after his first child drowned in a swimming pool in his home and that was what made him move closer to God and also become dedicated to him.