Man who has vowed never to give up on his dying girlfriend, shares his story (Video) 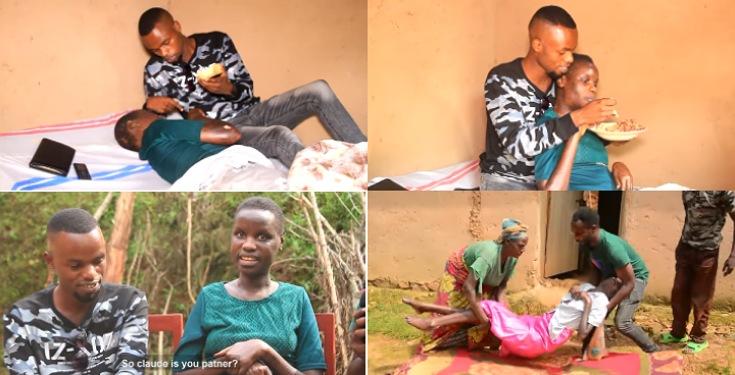 A touching story of a man who promised never to give up on his girlfriend who is unable to walk and do anything for herself, has stirred emotions on social media.

According to the story shared by Afrimax, the young lady was gradually turning into a “tree” and nobody knew what caused the incident or how to prevent it from happening.

The man narrated that the situation started back in 2014 when she got infected but it wasn’t as bad as it is right now.

She must kneel down with both knees before we get married…

I am confident that I will be president – Man who has…

About 7 years ago, she was in school when she started feeling pain in her knees. She was normal like any other child and everyone thought it was normal.

But it became so severe and despite visits to hospitals, the problem persisted. However, her boyfriend has stayed by her side through her years of turmoil.

In the viral video, the young man promised that despite what is happening to his girlfriend, he will remain by her side and ensure that she gets all the help she needs.

Tems Goes Mad During Show, Walks Out Of Stage (Video)