Meet Brenda Ataga, the successful, beautiful wife of SuperTV CEO, who was reportedly murdered by his side chick 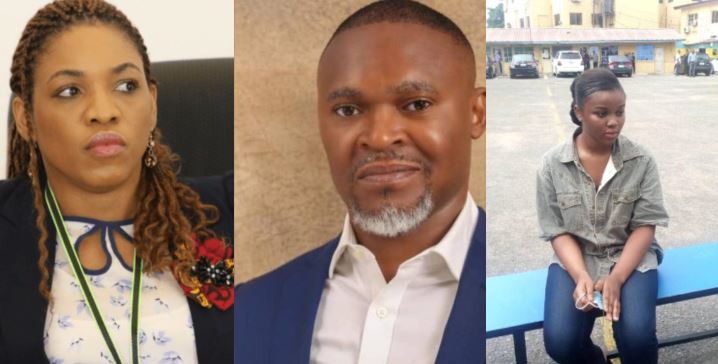 Nigerians have dug out photos of the beautiful wife of Nigerian Entrepreneur and CEO Of SuperTV, Michael Osifo Ataga who was found dead on Friday morning, June 18, 2021.

According to reports, t late Ataga sustained multiple stab injuries from his side chick, a 21-year-old Mass Communication Student of University of Lagos, Chidinma Ojukwu.

Chidinma after being arrested by the Lagos State Police Command confessed to stabbing the CEO of SuperTV twice in the neck after he tried to request for more intimacy. She confessed that they drunk alcohol, smoked and had lots of fun at a service apartment in Victoria Island, Lagos State on that fateful day.

Mr Ataga was left in a pool of his own blood after he was stabbed with a kitchen knife when his sexual advances to his side chick took a wrong turn. After learning about the pin to the ATM card of the late CEO, Chidinma left the apartment quietly and reportedly withdrew a sum of 380 thousand naira before she was nabbed at her parent’s house in Yaba.

Osifo Ataga was married to Brenda Ataga and had children with her before his death.

Under the Hon. Minister of State for Petroleum Resources, Timipre Silva, the deceased’s widow is the current National Project Coordinator of the LPG Gas Expansion Program.

Prior to her current position, the lovely lady served as the Special Adviser on Downstream and Infrastructure to Timipre Silva’s predecessor, Dr. Emmanuel Ibe Kachukwu.

Brenda Ataga has held a number of critical positions in the Nigerian oil industry and continues to rise. However, she recently lost her beloved husband due to infidelity.

BBNaija Reunion: “It was wack” – TolaniBaj shades Prince over their sexual escapades