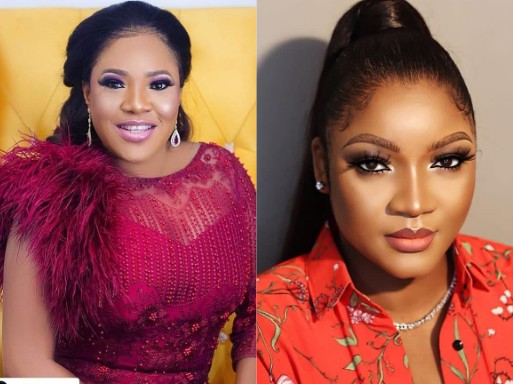 Sensational actress, Toyin Abraham has taken to the comment section of her senior colleague, Omotola Jalade to eulogize her.

According to the mother of one, Omotola is her role model.

Recall that Omotola recently disclosed in an interview that she was ready for marriage and was already a millionaire at 18 when she married her husband 25 years ago. The actress said this when she was asked if she would allow any of her children to marry at the age of 18 as she did.

” When I was at that age, I was ready. I had been working since I was 15-years-old and I had become a millionaire at the age of 18. That is a fact that a lot of people don’t know.” the mother of one said.

‘My husband is my God’- Sex therapist claims, as she narrates what her husband does to her during her pregnancy