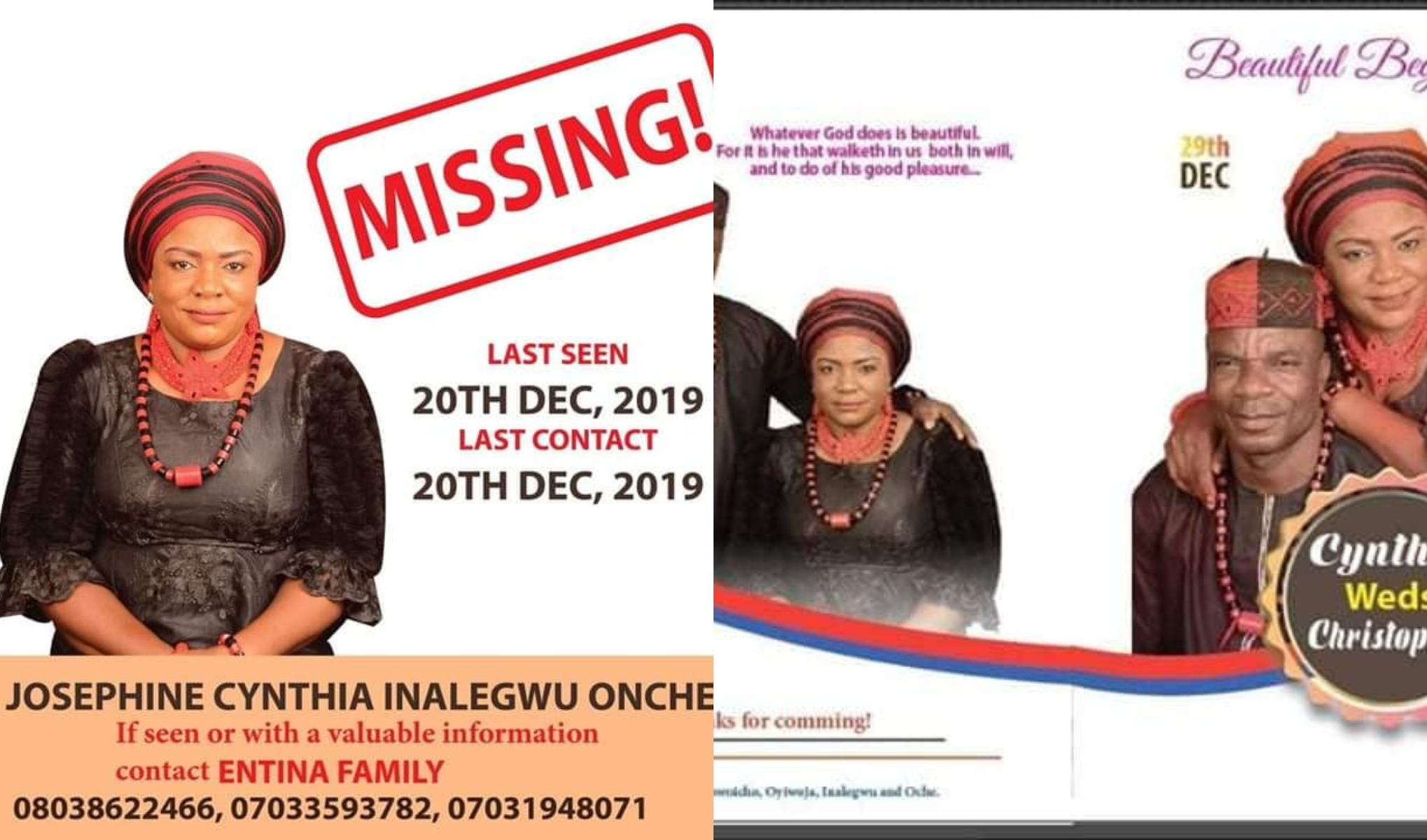 A native doctor identified as Rafiu Afolabi has disclosed how Christopher Akpan, the fiance of Josephine Onche, a Nigerian Security and Civil Defence Corps officer, allegedly killed the woman for a money ritual.

Akpan offered Afolabi N5 million to silence him after Onche was killed, but he only received N50,000, according to Afolabi.
The 67-year-old man from Saki, Oyo State, revealed the information after agents from the Nigeria Police Force’s Intelligence Response Team detained him and Akpan for alleged murder.

The NSCDC operatives’ family reported her missing on December 20, 2019, when she went to the market to get some wedding supplies.

LASU reacts to murder of final year student by ritualist

However, 18 months after she was declared missing, her remains were found on May 27, 2021 in a shallow grave near Otukpo, Obi Local Government Area of Benue State.

The police while speaking on the incident said it is a case of conspiracy and abduction, stating that investigations revealed that Onche’s last communication took place in Afolabi’s house in Adum, Obi Local Government Area of Benue.

It was gathered that the native doctor relocated to his hometown in Oyo State a few days after Onche went missing.

Afolabi said he met Akpan when he went to Onche’s house sometime in 2019 to give her some concoctions to avoid late pregnancy after her marriage to Akpan.

The native doctor said the deceased first visited him in 2019 to get concoctions that would make her business prosperous.

Afolabi said, “In 2019, the late Josephine came to my shrine in company with one man. She sold mortar and pestle and needed my help so that the business would flourish. I collected N14,000 for the job and asked her to return in three days.

“When she returned, she told me of her plans to get married. She asked me to prepare medicine for her so that she would get pregnant quickly.

“He (Akpan) later came to my shrine and said that he wanted to use her (Josephine) for money ritual. He said he would give me N5m for me to be silent. At about 10 pm on a later day, we met inside a forest with Josephine. I never knew Akpan had a gun with him. He brought out a cloth, spread it on the ground, and asked her to kneel down for prayers. Before I could understand what was going on, he shot her on the head. He quickly grabbed a calabash and poured some of the blood gushing out from her head into the calabash. I ran home, got a hoe and we dug a shallow grave and buried her.”

“When we left the forest, I asked him to bring the N5m that he promised and he promised to give me after eight days. He came to my house later that night and gave me only N50,000. He asked me to be patient to collect the balance.”

However, Akpan, a 57-year-old father of five from Akwa Ibom State, denied killing the NSCDC officer, saying he loved her very much.

He said, “On December 17, 2019, she visited me in Akwa Ibom State and left on December 19, 2019. On December 23, 2019, her elder brother called me and told me that Josephine was missing. I panicked but her brother told me to calm down. I wanted to visit the family, but they said I should hold on a bit. I was later arrested and I have kept telling them that I am innocent. Before my arrest, I went to the motor park where Josephine boarded a bus in Akwa Ibom State and I saw her name on the manifest. She even used my name as her next of kin.

“I was surprised when the police came and arrested me. The next thing I saw was a man who introduced himself as Afolabi and said I contracted him to use Josephine for a money ritual. On May 27, 2021, the police took me into a forest where Afolabi claimed that we buried my late fiancée. In my life, I have not entered such a thick forest, and now someone is insisting that I came this far to bury Josephine who I loved so much.”

“Meanwhile, Akpan said he had met Afolabi once in 2017 and not in 2019. I had visited my fiancée and helped her to drop off a bag of charcoal at Afolabi’s house. That was the first and last time that I met him,” he said.