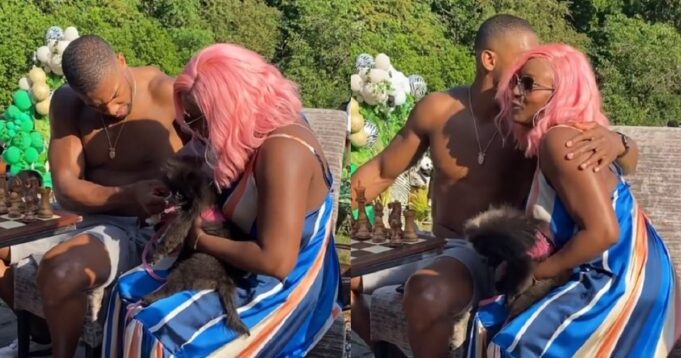 Florence Otedola, a billionaire daughter and dog mom popularly known as DJ Cuppy, has sparked a social media frenzy after sharing a video with boxing champion Anthony Joshua.
Joshua met her fur pups, dudu and funfun, according to the singer, who shared the footage on Instagram. 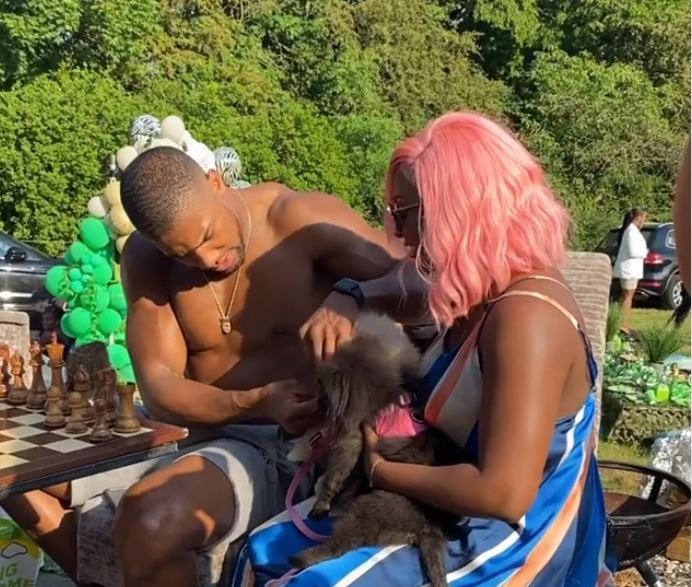 Cuppy carried the puppies in the video, and the boxer, who was playing chess, suspended the game and caressed the dogs quietly. They hugged and kissed one other on the cheeks at the end of the video.

Captioning the video, DJ Cuppy wrote, “The champ @AnthonyJoshua met my babies @Dudupoms.. How cute are they?”

Bride goes traditional as she ditches cake and feeds her…

It can be recalled that the billionaire daughter gave the condition that her dogs must like a potential suitor before they can date. Seeing that the dogs cozied up to Anthony Joshua, a lot of fans have asked if we would be hearing a wedding bell soon.

Mascherano007: “Since your dufupoms like AJ, should we be expecting a pink wedding?”

dollerfrosh: “Are you thinking what am thinking?

..you finally made a good choice” 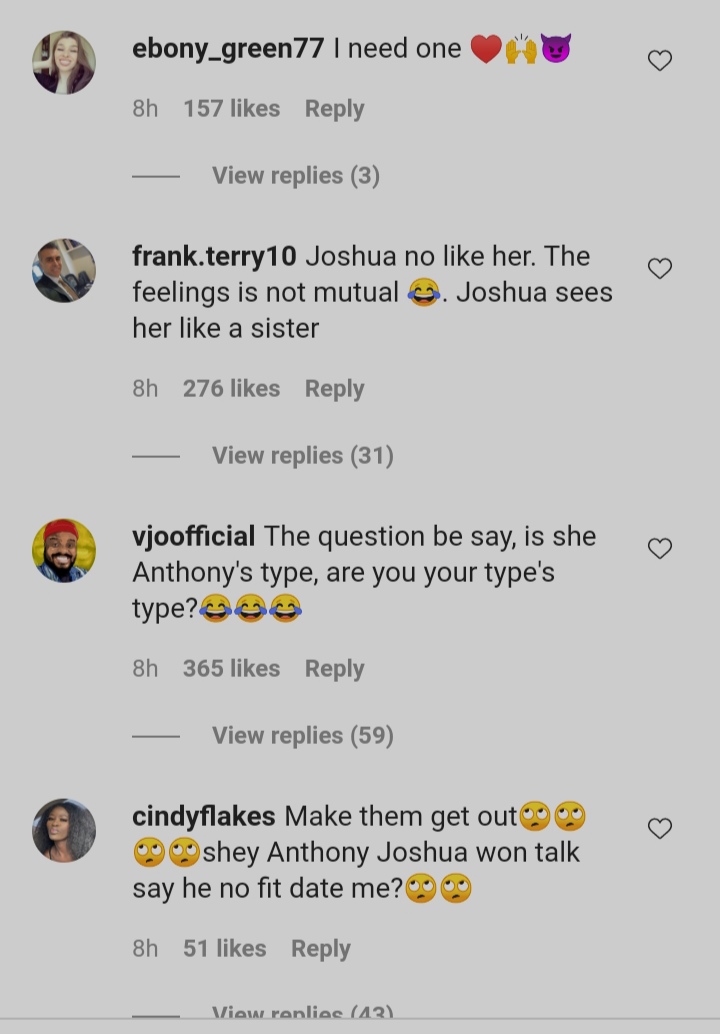 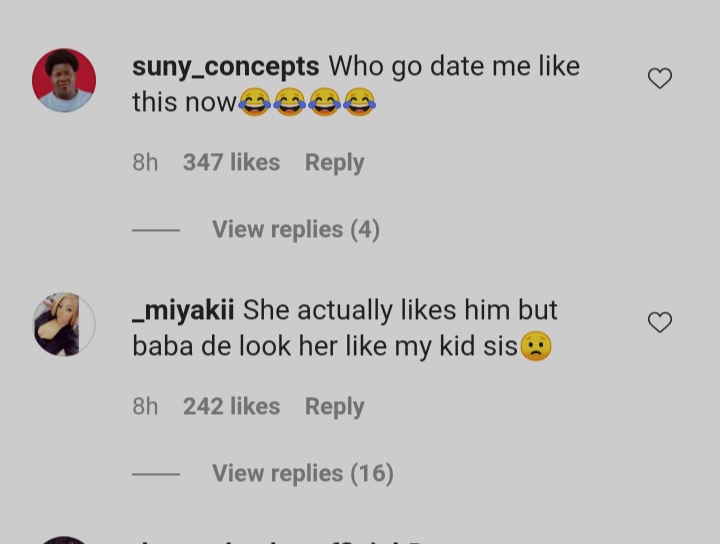 Fans react to video of Boluwatife showing off the dollars his father, Wizkid gave him

Iyabo Ojo former PA, Gbeminiyi, accused of ruining her business tells her own side of the story