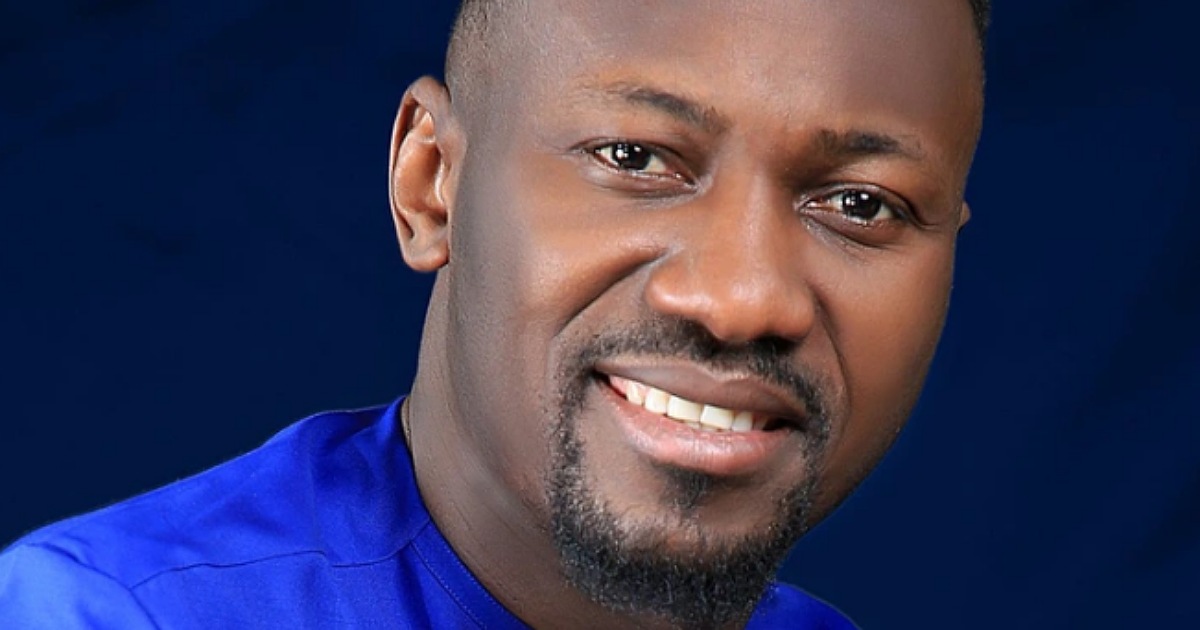 General Overseer of the Omega Fire Ministries International, Apostle Johnson Suleman has caused his followers to panic after he shared a tweet.

Apostle Johnson Suleman, a well-known Nigerian televangelist has reportedly carried out philanthropic works which has blessed the lives of many people.

The man of God caused a stir on social media after he to to his Twitter page to tweet that his time has come.

‘What People Don’t know About TB Joshua And How…

He tweeted, “My time has come”.

However, his followers have read meaning to his tweet and some have attributed his post to that of TB Joshua’s death. Some have questioned if he is also prophesying his death.

Read some reactions below….

@DRAY: Pls lets be completing our sentence most especially when it’s a prayer, this phrase of a thing is not good for this period ooo

@AKPOTOGBOR: I con dy fear, PROPHET TB JOSHUA just talked about time to come to the church to pray and time to go home then all of a sudden the news of his death, so this one papa is still saying “MY TIME HAS COME” I don’t understand oo

@Mickey: Time as come where Sir…. please sir you will reach 120 plus oh Haba daddy be calming down oh no threaten us with that kind language oh …power in our tongue oh hmmmm.

@Ifeanyi Nelson: Pls we don’t want to hear that ok Where are we going to go sir The younger generation are still not yet ready.

@Mr John: Apostle I dey beg you in the name of God, your time has not come! If God’s time comes, he will send another Prophet to notify you and we will pray for another 30years to your age, according to Hezekia. 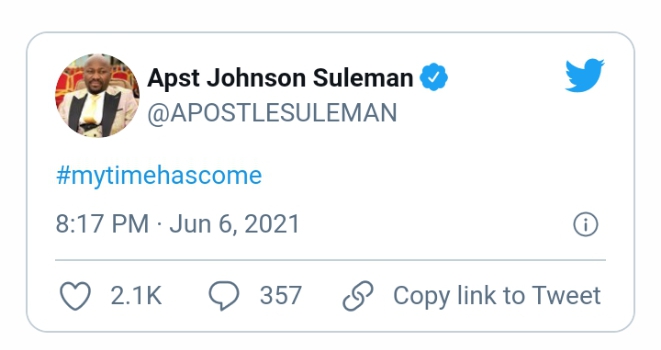