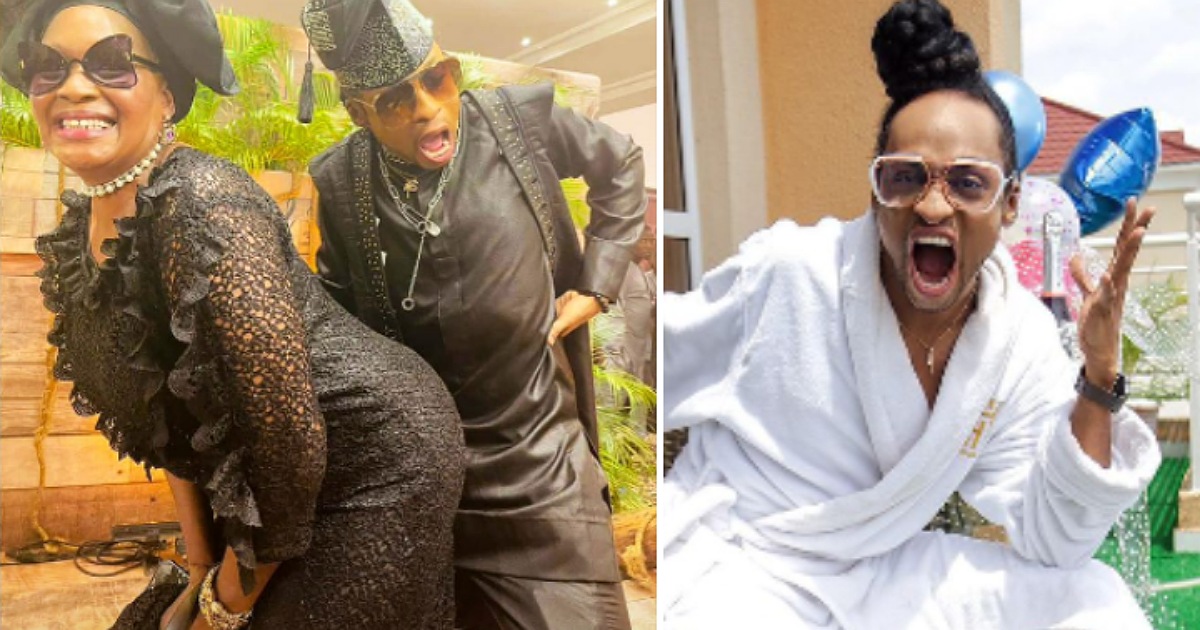 In the photo making the rounds on social media, Kemi Olunloyo was seen on a black attire while twerking for Denrele who seemed like someone in shock.

The moment was captured during the wedding of popular fashion stylist and mogul, Tiannah to her heartthrob, Segun Wealth.

“You can rant rubbish about me, but can’t settle your…

The wedding between the duo was graced by so many celebrities who appeared in their black attires. Apparently, the colour of the day was “black” for all guests in attendance.

Tiannah is also reportedly expecting her child with new husband, Segun Wealth a.k.a “the unknown”.

See photo of Denrele and Kemi Olunloyo below;