Pastor slams Christians who use VPN to access Twitter, quotes Bible verse that says they will be punished by God 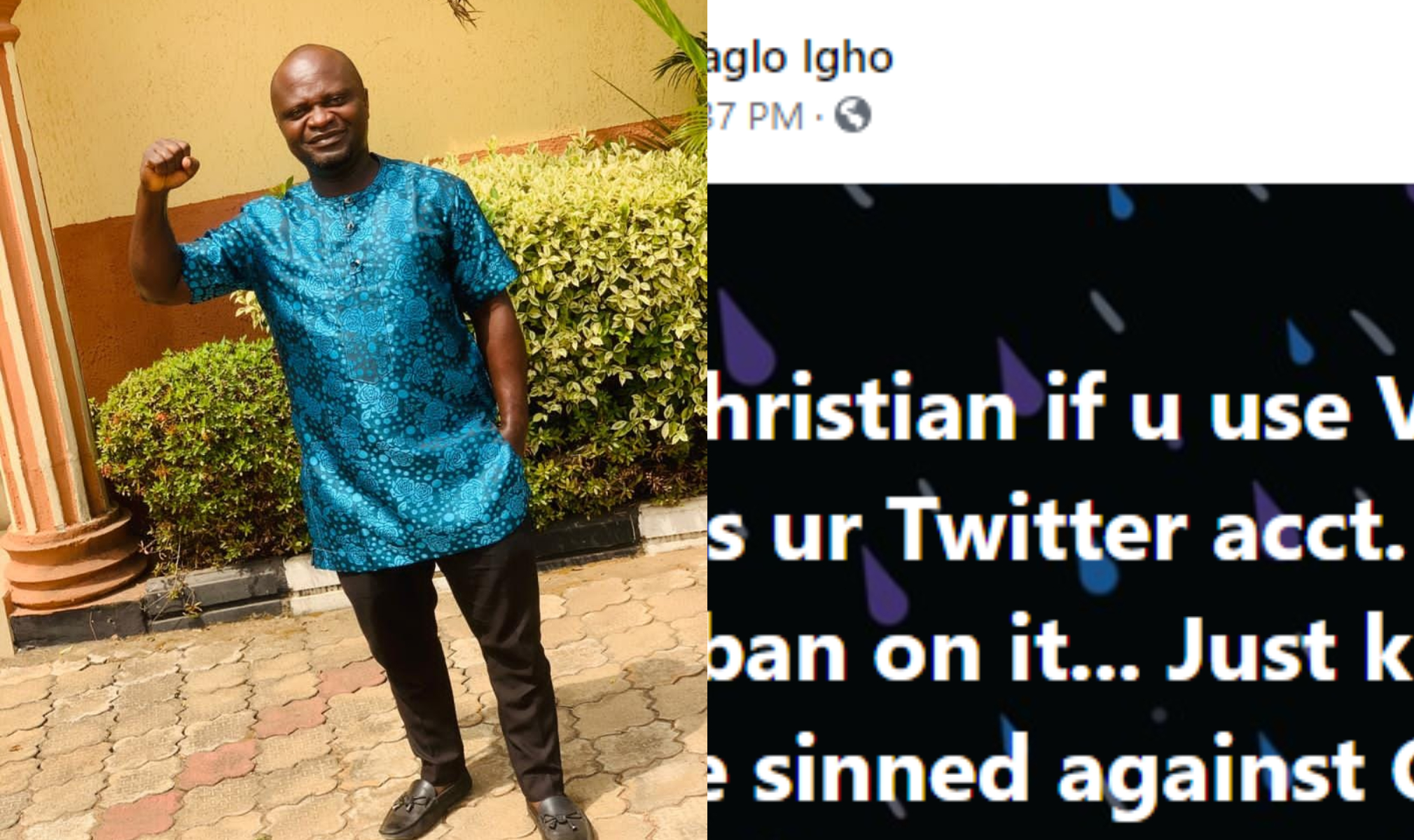 As a Christian if u use VPN to access ur Twitter acct. after govt. ban on it… Just know u have sinned against God.

He then went ahead to backup his post with a Bible verse that reads ;

Romans 13:1-2 Everyone must submit to governing authorities. For all authority comes from God, and those in positions of authority have been placed there by God. So anyone who rebels against authority is rebelling against what God has instituted, and they will be punished.

Actress, Nkechi Blessing compares the treatment celebrities get from fans at home to fans abroad (Video)

‘Why I am not good at keeping friends’ – Actress, Regina Chukwu