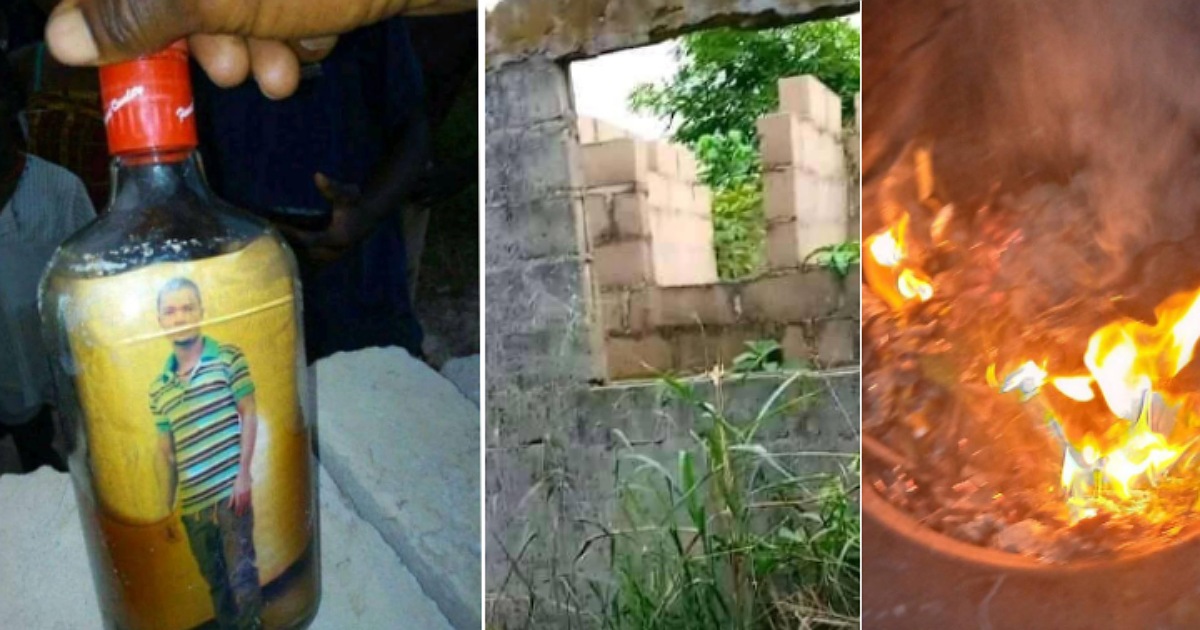 A photo of a Turkey-based Nigerian, identified as Obiora Kingsley Anaedo was reportedly found inside a bottle buried in his uncompleted building.

According to the victim’s Facebook friend, they got to find out about the situation after an Enugu-based pastor, Prophet Nnamdi Onwuka, disclosed during a prayer and fasting session that Obiora was bottled underneath his own piece of land where he was constructing a building.

If you’ve been having health issues without cure, your…

“Yesterday Monday I went to a family deliverance breakthrough in Orlu Imo State. During the prayer, a revelation was said of “Obiora Kingsley Anaedo” who happened to be in Turkey for 9years now.

“Yes Papa you’re right sir: the mother reply, Papa for over 9years that my only son has not returned home (she shout with tears)

“Listen, he had a house which he’s building, and until this moment no way out to finished it no way in to complete it, a family member who is his half brother from his father had sponsor his tears in that house… (The family go ahead as we match the night at Obiora new site while the holy ghost direct us, Lol and behold at the front of the building as they dig the ground a bottle with picture inside it was found, it was OBIORA picture when he was little) Jesus Christ!!!

“What a wicked generation today. Fire prayer was made and solutions was given instantly. As we burn the rest of mess that tied the family with solutions given, yesterday was a very joyful celebration of freedom to this family even their first daughter who couldn’t got married a message to go ahead with the man asking her hands in marriage was given even at the age of 31 age.” 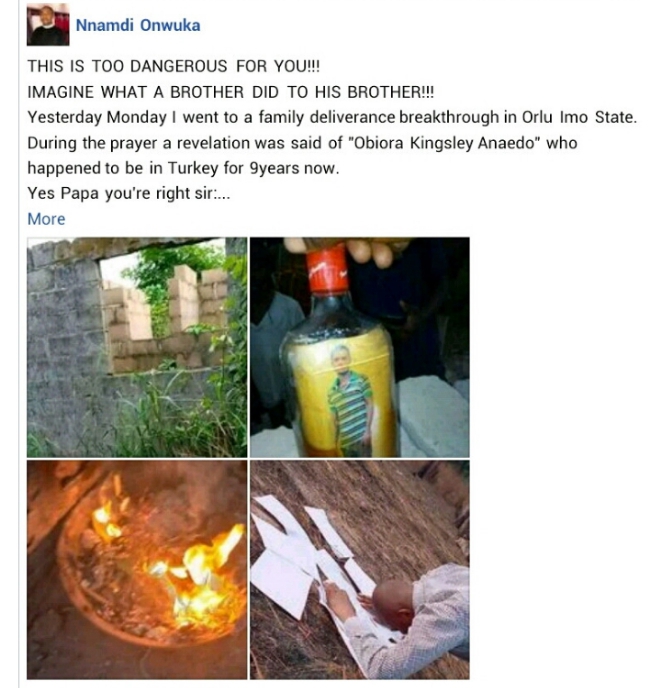 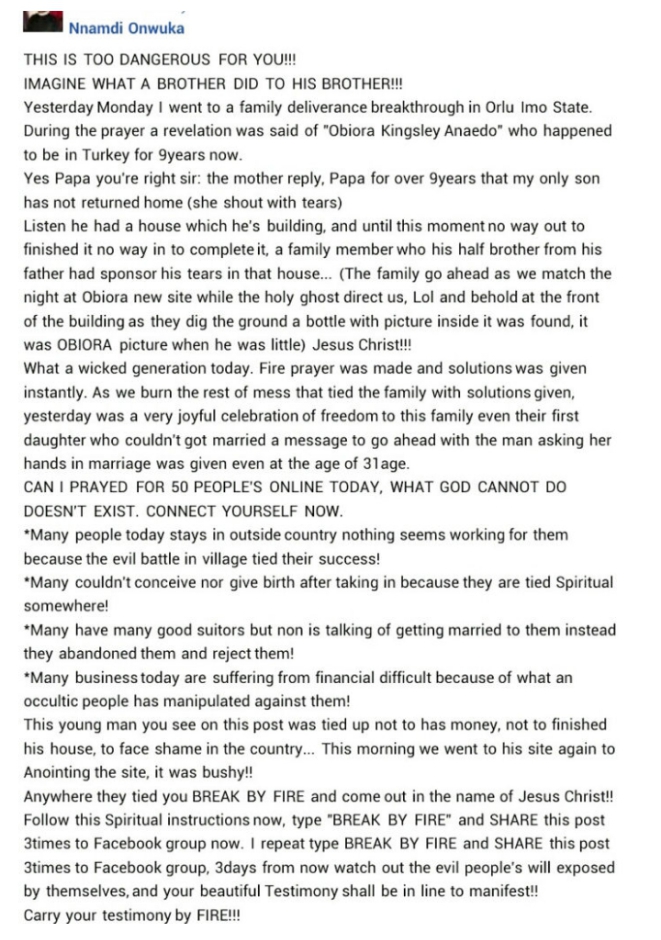