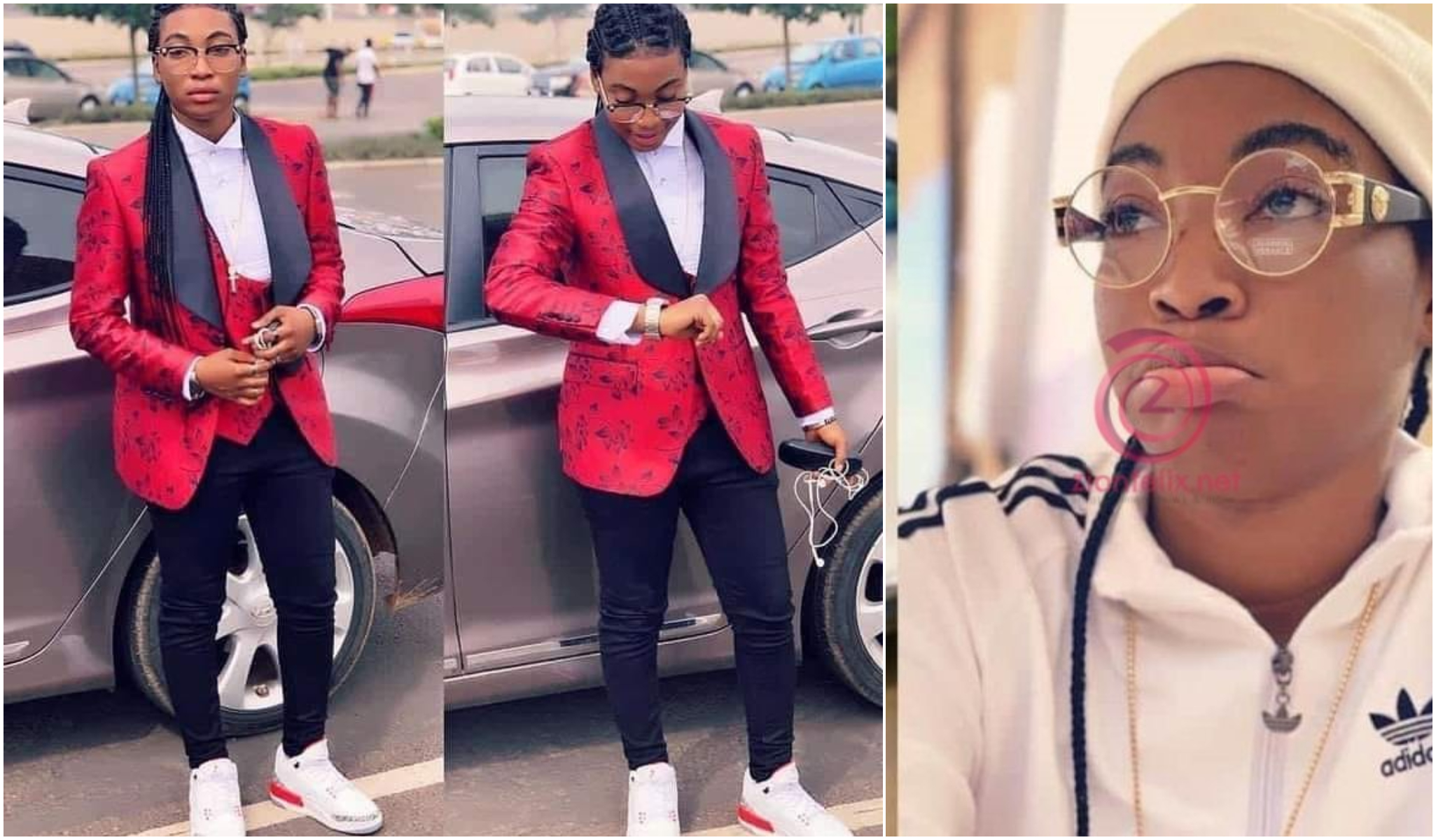 Elladeevah Ellios, a Nigerian lesbian based in Ghana, has broken her silence to reveal that she was gang-raped in Ghana by four men.
Ellios, shared the ‘touching’ story on Facebook, implying that she was drugged by someone she trusted.

After she was released from the hospital, the battered woman revealed this. Ellios claims she was brought to the location by her  closest friend of 3 years where she was drugged and gang-raped by four Nigerian males, including her best friend.

Read; Man who claimed to be falsely accused of rape takes up legal action against his accuser

Nigerian lady who raised false alarm about a kidnap &…

Her only offence, she claimed, was being a lesbian. Ellios claimed that her best friend was arrested when she reported the incident to the police, but he denied the allegations.

She, on the other hand, has decided not to act in any other way, instead will allow justice to prevail 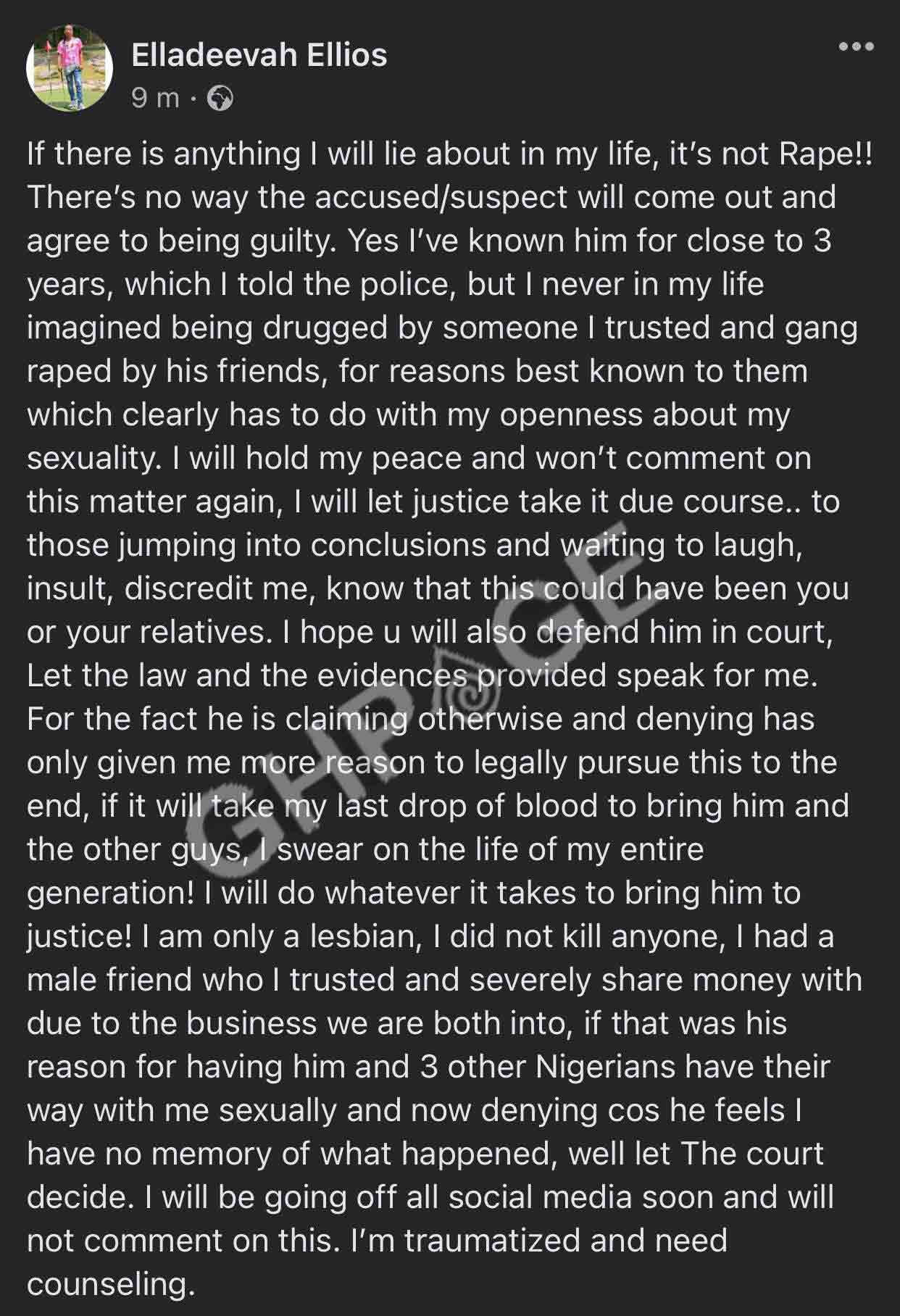