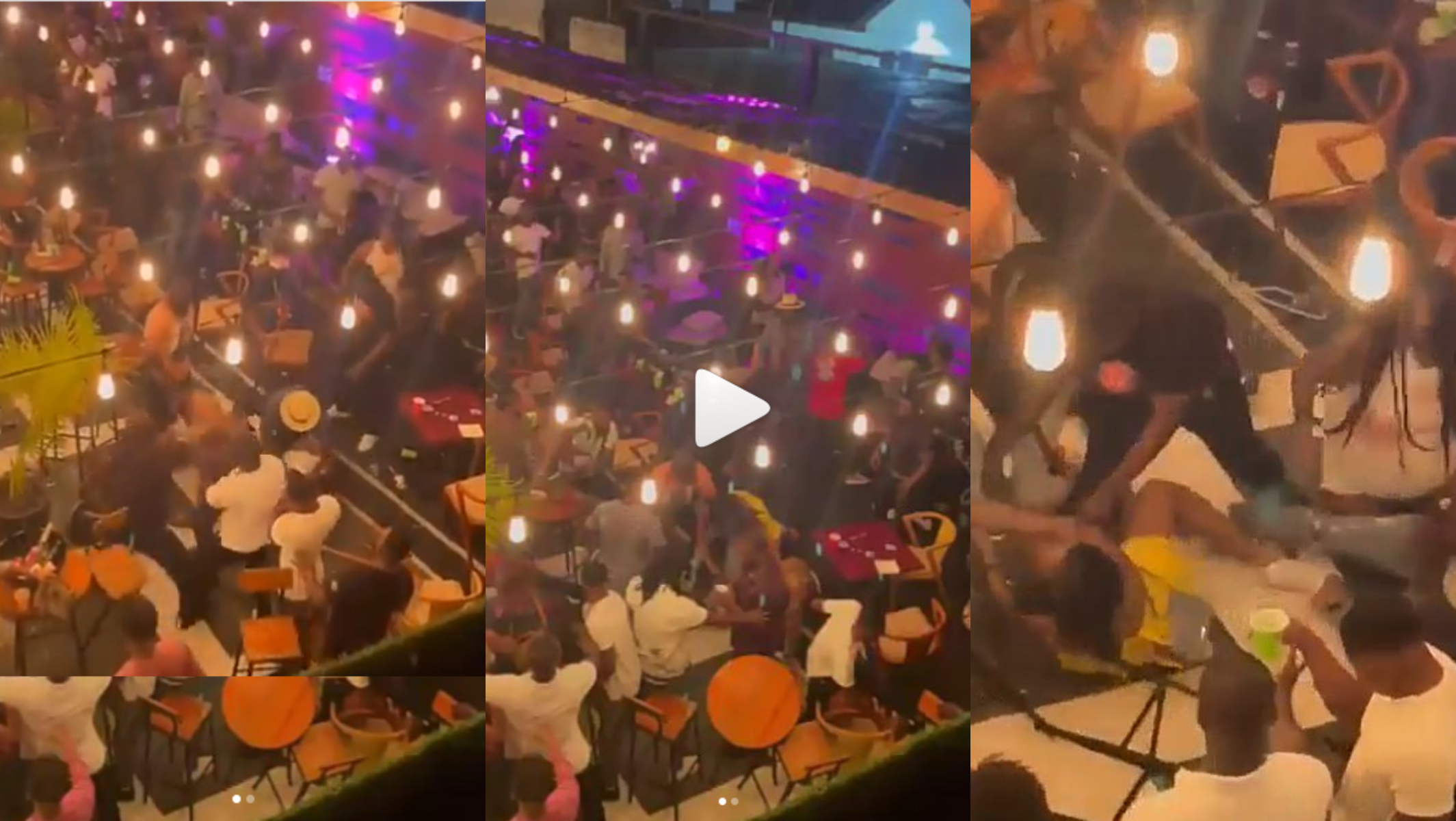 Over the weekend, a severe scuffle broke out between a man and a woman in a Ghanaian club called Bloom Bar, which is located in the centre of Accra.
The duo’s fisticuffs were caught on camera, and it was later reported that the male had gotten into an altercation with a woman identified as Yaa Asantewa on social media over a seat at the cocktail bar.

According to eyewitnesses, the male had left his seat to meet someone outside the arena prior to their brawl, and when he returned, the lady had already grabbed his seat.

Read; Nigerians Trying To Renew Their Passports Get Into A Fight With The Official At The Embassy In Atlanta (Video)

It’s reported that after the man asked the lady to vacate the seat, it led to a heated exchange of unpleasant words which evolved into a fight at the bar. Eyewitnesses say the lady’s boyfriend intervened in the fight and took it to another level.

It was the intervention of bouncers that led to the break up of the two men before they were escorted out of the premises. Some bystanders got hurt while others fled the venue without paying for their drinks.