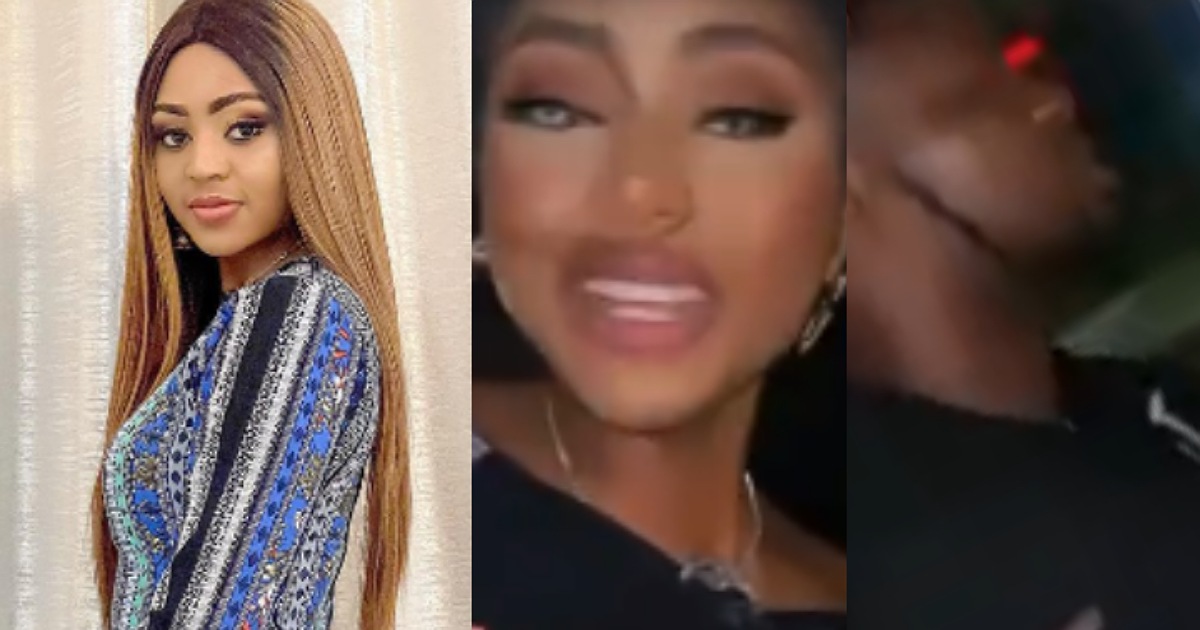 Nigerians have alleged that popular Nollywood actress, Regina Daniels is depressed, following her recent video with her driver.

In the video, the actress was seen jumping in excitement as she proceeded to spray money on her driver, who was driving while she was dancing to a song.

“Let me spray some money on my driver”, Regina screamed.

Regina Daniels slams those dragging her on social media…

The driver on the other hand, concentrated on his driving and some of the money dropped both inside and outside the vehicle.

Apparently, some Nigerians were not happy with the video as they expressed their displeasure with what the actress did.

Some fans suggested that what she was doing was dangerous because the driver could lose focus. Others insinuated that she’s really depressed and just trying to catch fun with everything.

@ikomi ngozi, ” Am sure that her beef with her mum for marrying a Younger man is making her depressed, this show of love towards her driver is just to catch cruise abeg”

@Nnenna Anthony, ” She will always be her age. . . baby giving birth to a baby what do you expect”

@owoicho oduh, That is why she chooses to marry her father or almost her grand dad mate as fourth wife. Zero respect for her.

@Lay lay, make she use this one forget her sorrow wey dey face for her husband house. . . . As the last baby wife that she is.”