Reprudencia Sonkey, also known as Dencia, a 33-year-old Cameroonian singer and businesswoman, has revealed why she is still unmarried.

Dencia revealed during a question and answer session on her Instagram stories that she doesn’t believe in marriage because many people marry “wrong” these days and the majority of marriages don’t last. 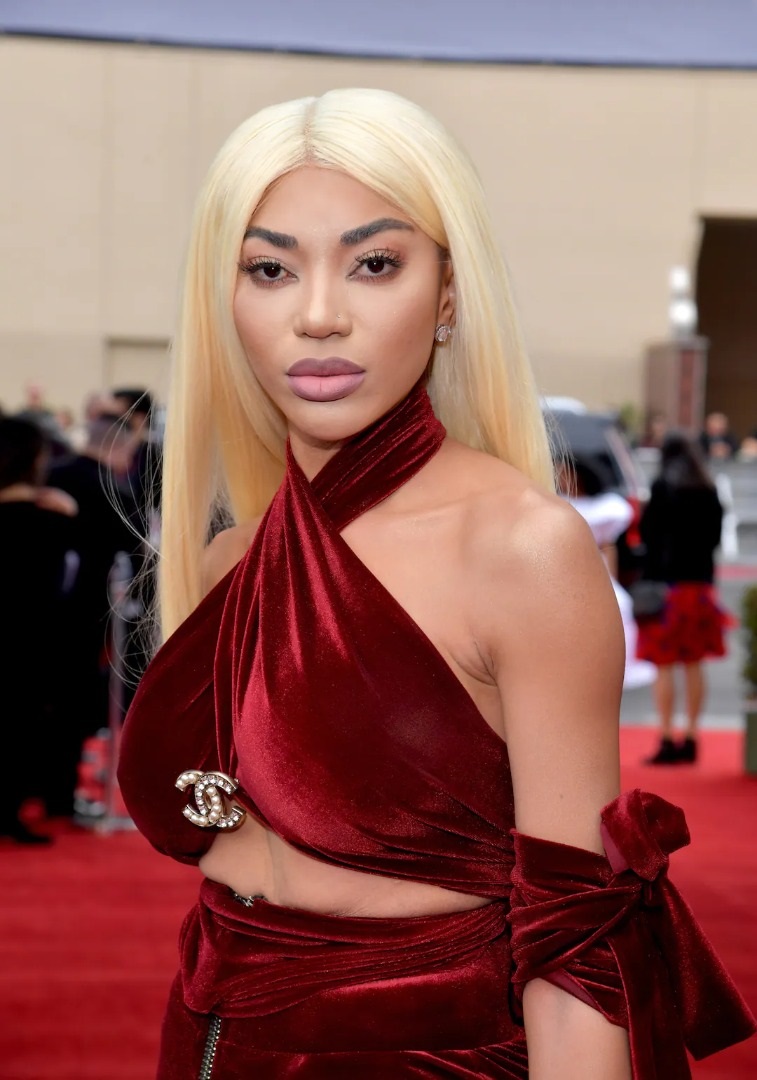 In response to the inquiry, “Why isn’t she married?” ” Dencia stated that she is a very ambitious woman, and that marriage and children are not in her plans.

”I married the man I prayed for today” – lady joyfully…

“I don’t believe in marriage in my 20’s or younger. A lot of people married young and wrong. Looking back I’m glad I didn’t cuz the life I see that could have been mine aint glamorous enough, I have too many ambitions that marriage and kid’s didn’t fit in the picture. look at most young marriages it only last 2-3 business days, anyways, when I get married, he’s stuck with me forever”. 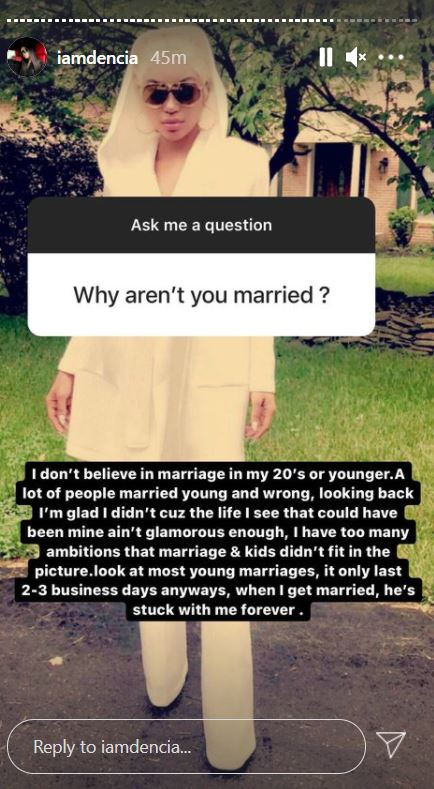 Gov.Makinde reacts to the suspension of Twitter in Nigeria, states why FG should go back on their decision