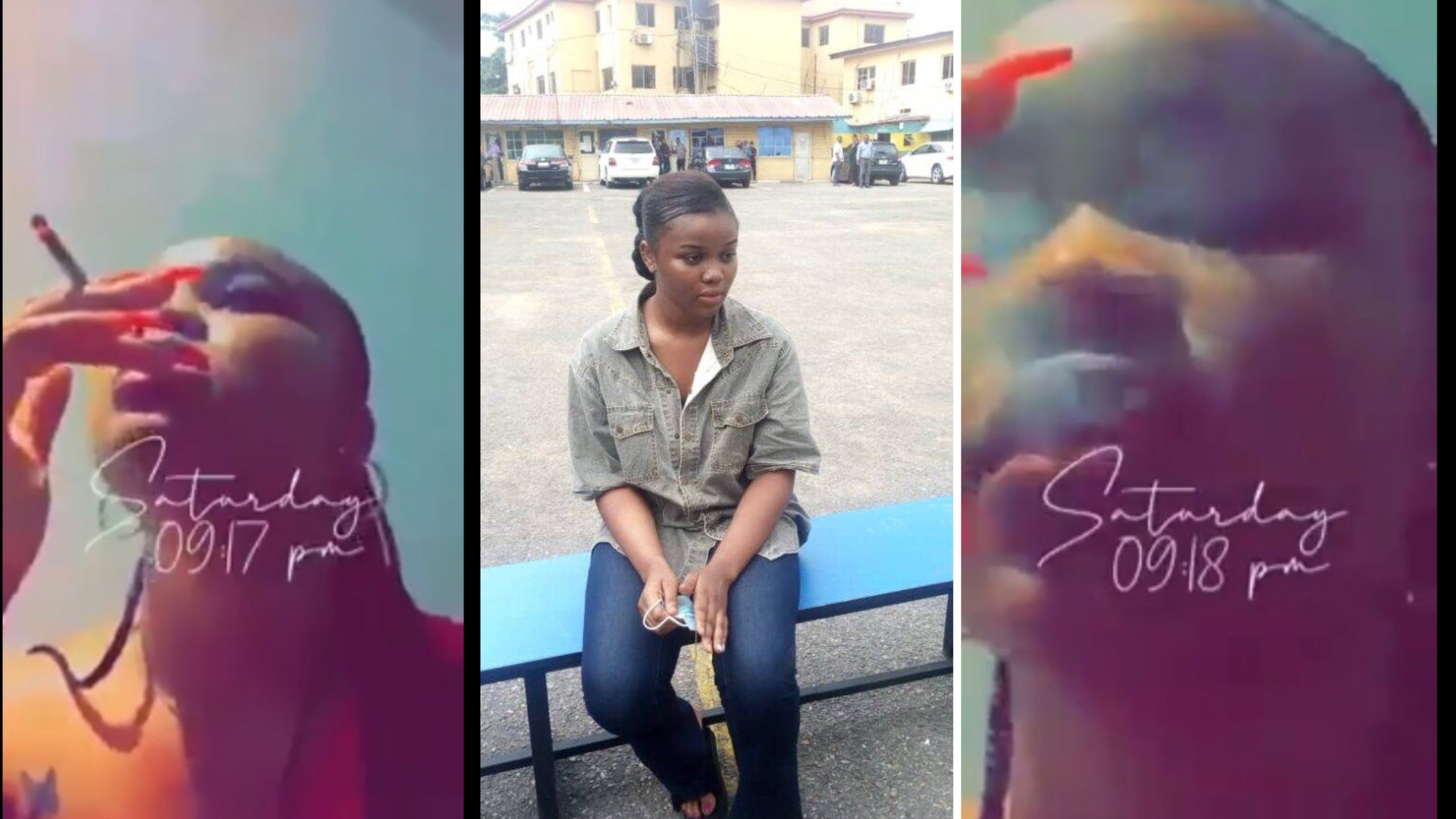 The 21-year-old as popularly described by netizens to be too innocent to commit such heinous crime has been spotted smoking what appears to be marijuana.

Recall that the UNILAG undergraduate was arrested for allegedly killing Usifo Ataga, in the Lekki area of the state.

This is the 21 year old murderer some people on Twitter Nigeria were pitying.

Chidinma displaying all her 'naivety' and 'innocence.'

She is a killer and she will rot in jail! pic.twitter.com/P4noYTMOUo

In other news, the University of Lagos has reacted to allegations that Chidinma who is said to be a 300-level student of the institution,  murdered Super TV Ceo, Usifo Ataga.

According to Punch, all efforts to confirm if Chidinma was a student of the insitution proved abortive.

This is because the spokesperson for UNILAG, Nonye Oguama, refused to confirm if Chidinma was indeed a student of the institution.

“You did not contact me before. You are just doing so now after you had published it on your website. We have no comments,” she angrily responded.

When challenged with the fact that the parade was a live broadcast, the UNILAG spokesperson remained adamant, insisting that the name of the institution should not have been mentioned.

Everything they said about her is so true – Journalist, Azuka shares experience with Erica Nlewedim (Video)