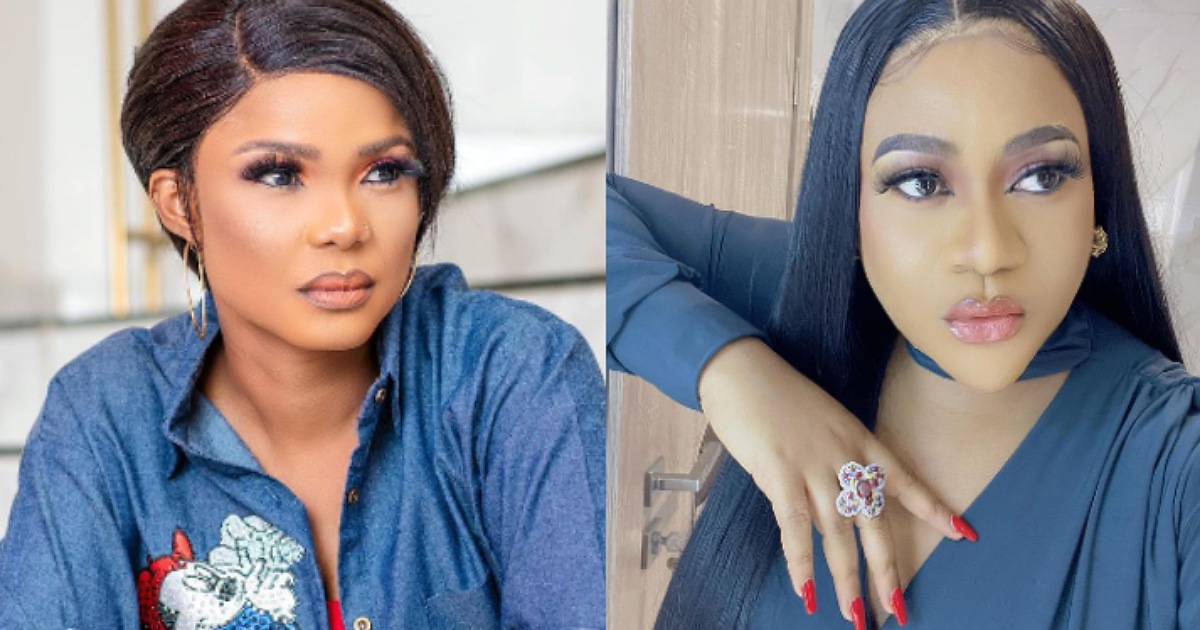 The leadership of the Theater Arts and Motion Pictures Practitioners Association of Nigeria, TAMPAN has barred directors in the association from working with Nkechi Sunday Blessing and Iyabo Ojo.

This comes after the actresses openly condemned the actions of Baba Ijesha, who was accused of defiling the foster daughter of comedienne, Princess.

Speaking on behalf of member Board of Trustee of the association at a press briefing on Sunday, June 27, veteran actor Prince Jide Kosoko said the association would not entertain any form of disrespect by both actresses who tried to drag the association in the mud.

“The attention of the Board of Trustees of TAMPAN and Elders of the Motion Picture Industry, especially of the Yoruba sector, have been drawn to the malicious damages being done to our sector by some unruly individuals that lack any iota of discipline and seeming to feel to be above the law.

As you may be aware, certain unpleasant things have happened lately that has dragged the name of our association, TAMPAN in particular and the industry in general in the mud, which in totality are against what we stand for as individuals and as a group of professionals.

We particularly observe the continuous derogatory statements made by Iyabo Ojo against the Association and the industry as a whole.

Please note that we are not against her stand on the issue of alleged rape or sexual assault as the case maybe, which the Association and individuals have equally condemned at one time or the other, as we believe only a person without conscience will support rape or sexual assault in any form. However, Iyabo Ojo’s reckless accusations, abuses and embarrassment of our sector is also totally condemned.

Unfortunately, Nkechi Blessing has also joined in the Ignoble tirades against the Association and by extension, the industry and we say enough is enough!

As pioneers of this noble industry, if we fold our arms and allow the continuous blackmail that send negative signals across the world to go unchecked, the current situation that had impugned on our integrity will continue to grow to the detriment of humble practitioners, whose only source of livelihood is the practice of indigenous language movies (promoting Language to preserve culture).”

“As TAMPAN BoT members and elders of the industry in the Yoruba genre, we dare say to both Iyabo Ojo and Nkechi Blessing and others of their likes, that if you people think whatever visibility you have achieved today is not through the Yoruba sector of the Nigerian motion picture industry, you should, at least realise that the industry gave you the enabling environment for whatever you may have become today.

Without the platform God gave you and many others of your likes through us to climb up the ladder and express your creativity, you may not be this visible today. Though, we keep thanking God for what you have become, because it is a testament to the efficacy of our industry and the platform we all belong to, we nevertheless say enough of this new culture of insults, derogatory comments and name calling!

When we were building the Industry, we never thought a time like this will come when those we trained will jettison the culture of respect. Our sector in the Nigeria motion picture industry is built on the Yoruba culture of respect and reference for those ahead of you and that has to be strictly adhered to, because that’s who we are.

It is our desire that everyone continue to pursue their respective programs without necessarily blackmailing others, as we pray that we will not get into a situation where we are forced to take to Legal means to defend our integrity.

And for those who have said or thinking of saying to hell with the Yoruba sector of the Nigeria motion picture industry, please kindly take note that the entire Nollywood is one, even as some of us here are active players across board. An offense against one is an offense against others, as we will get other associations involved in tackling any further infringement on our rules and shared values. None of these infringements will henceforth go without repercussions.

”I make bold to tell you this, we will work against her in this industry”

The National President of TAMPAN, Mr. Latin explained why the association has been silent since the Baba Ijesha saga started in April.

“We as an association, have stayed away from making comments on the Lanre Omiyinka (Baba Ijesha) saga because we believe in the rule of law, due process and the ability of the courts of the land to do justice in such a way that it will be deemed to have been done without necessarily been swayed by emotions or influenced by sympathies.”he said.