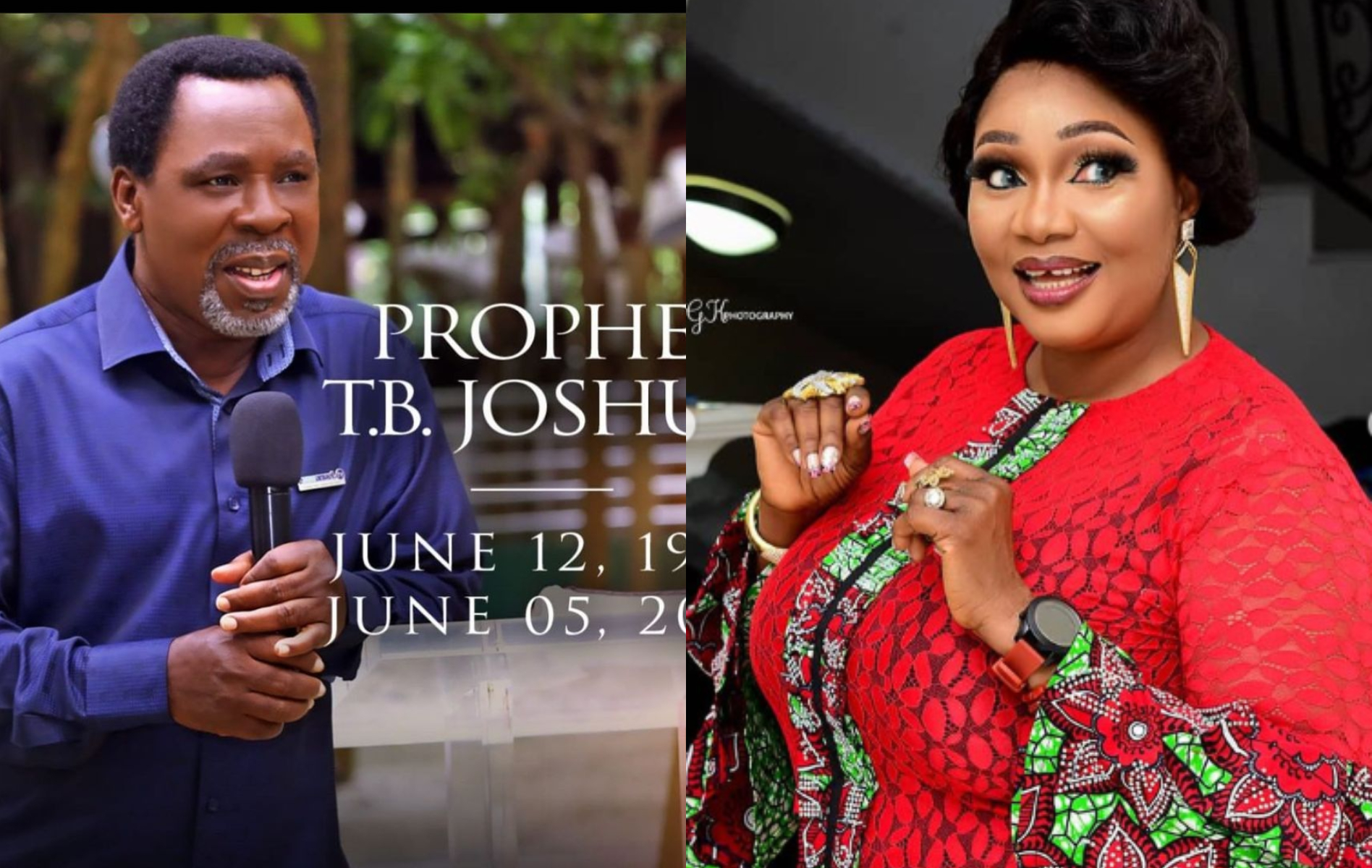 Following the death of Nigerian preacher Prophet TB Joshua, Nollywood actress Jaiye Kuti has disclosed that the late pastor’s ghost visited her momentarily when she was alone in her room.

According to the actress, she had never met the Prophet one-on-one before his death, but she saw a gentle pass of him while in her room in Offa, and there was something beautiful about his soul.

Read; Nollywood Actress, Jaiye Kuti opens up on her marriage to Pasuma

“Why did you go with a camera man?” Nigerians attack Pastor…

She wrote as she paid tribute to the late clergyman,

have never met you one on one but your spirit visited me when you died.
I was in Offa alone in my room. My head was swollen and I saw a gentle pass of Him. There was something good about that soul.
Christ was poor but feeding the people and taking care of everyone. You did same to many. I know 2 people who truly gave their lives to Christ through Him.
May the Good lord rest your soul in peace. Pastor T.B. Joshua.