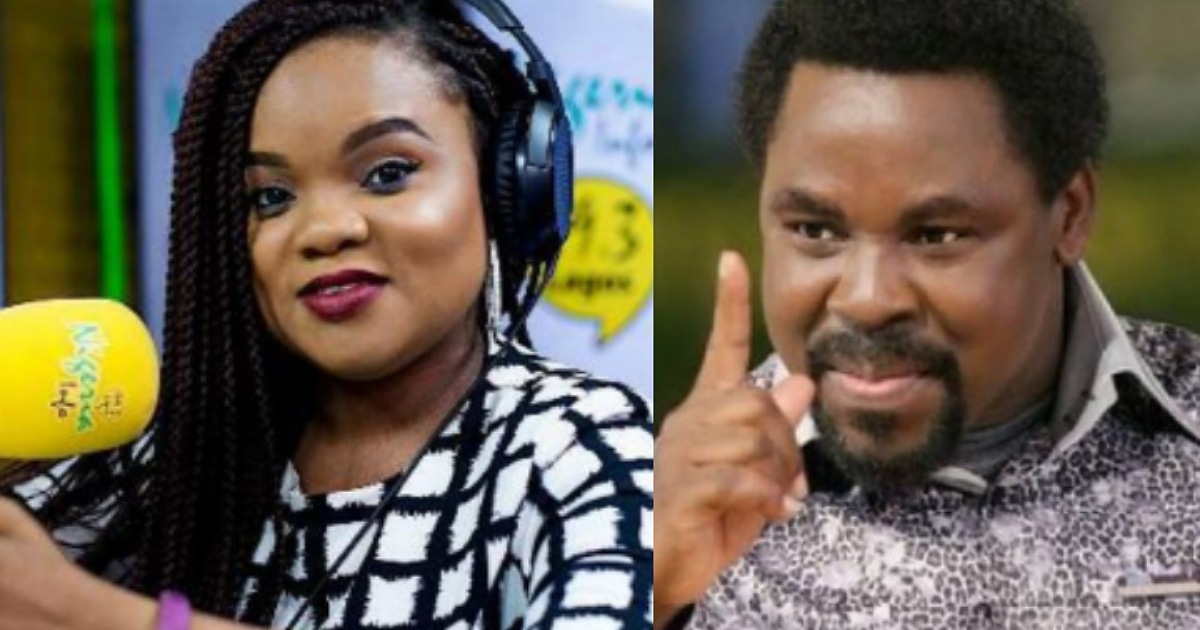 Following the death of T.B. Joshua, founder of Synagogue Church of all Nations (SCOAN), OAP, Sandra Ezekwesili has aired her controversial opinion.

The OAP took to her social media page to allege that the late pastor’s ministry did a lot of damage to the minds of people, as he taught his flocks to abandon medications for his holy water.

She added that any conversation that doesn’t include her opinion is dishonest.

“Keep quiet or mourn, do not judge him” – Reno Omokri slams…

How TB Joshua allegedly died on his way to the hospital

“TB Joshua was reportedly ill and went to the hospital. Did he teach his numerous followers to try hospitals and not abandon their medication for his holy water and anointing oil? His ministry did a lot of damage. Any conversation that doesn’t include that, is dishonest.”

How TB Joshua allegedly died on his way to the hospital