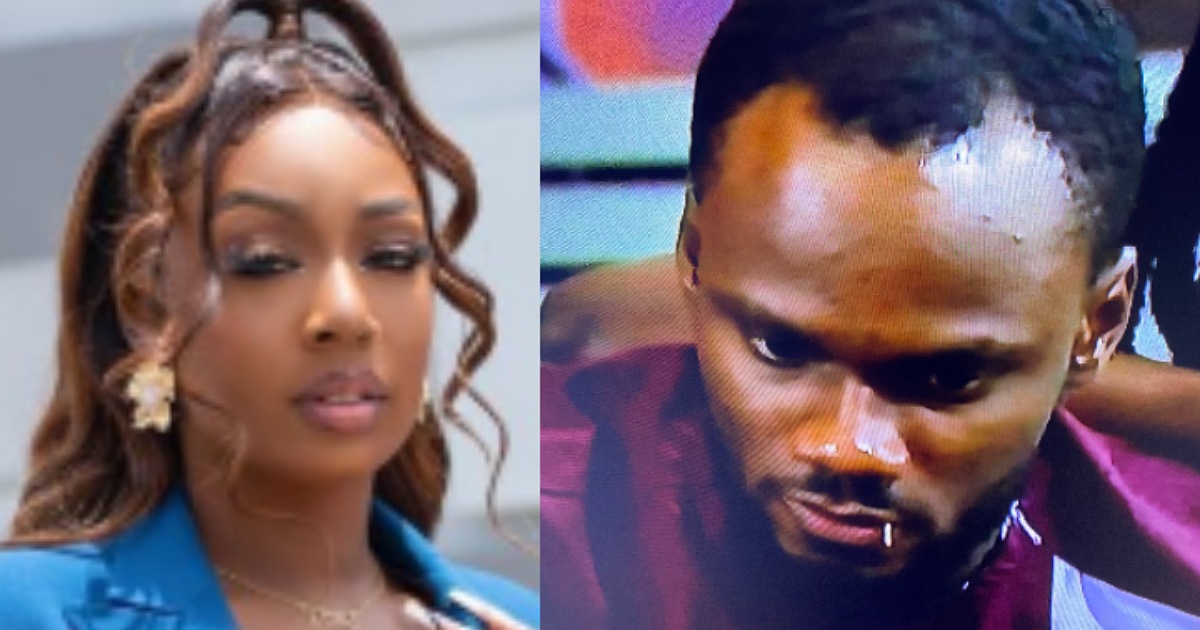 Last night, Vee and Tolanibaj got into a heated argument with the duo throwing shades at each other. Tolanibaj referred to Vee as a bitterleaf and a witch, and even threw a pillow at her.

Reacting to this, Vee kept her cool and vowed to remain still even if Tolani throws another pillow at her. Tolani’s action sparked outrage from fans who dragged her for acting so wild and throwing a pillow at Vee during an argument.

A fan identified as Nora slammed Tolani saying she followed Prince up and down till his hairline reached the middle of his head.

“Tolanibaj was following Prince up and down the house like a puppy. Stressed the boy so much his hairline reached the middle of his head”.

Wizkid’s baby mama, Shola Ogudu reveals she did not know she was pregnant until after 5 months