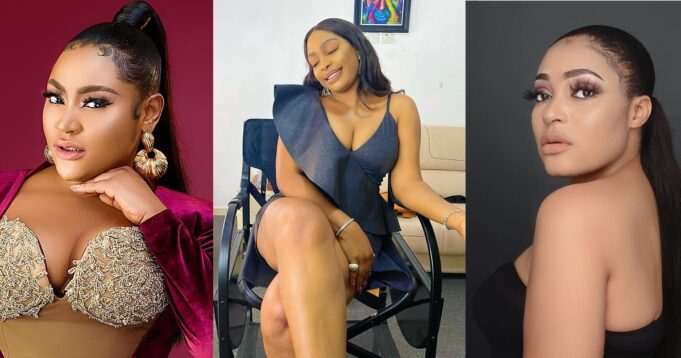 Uche Elendu, a Nollywood actress, slams a fan after she congratulated both Nuella Njubigbo and her estranged husband’s ex-wife, Sophia Williams.
Nuella was presented with a brand new car on Tuesday, May 1, and received a flood of congratulatory texts as a result. One among the well-wishers was Uche Elendu. 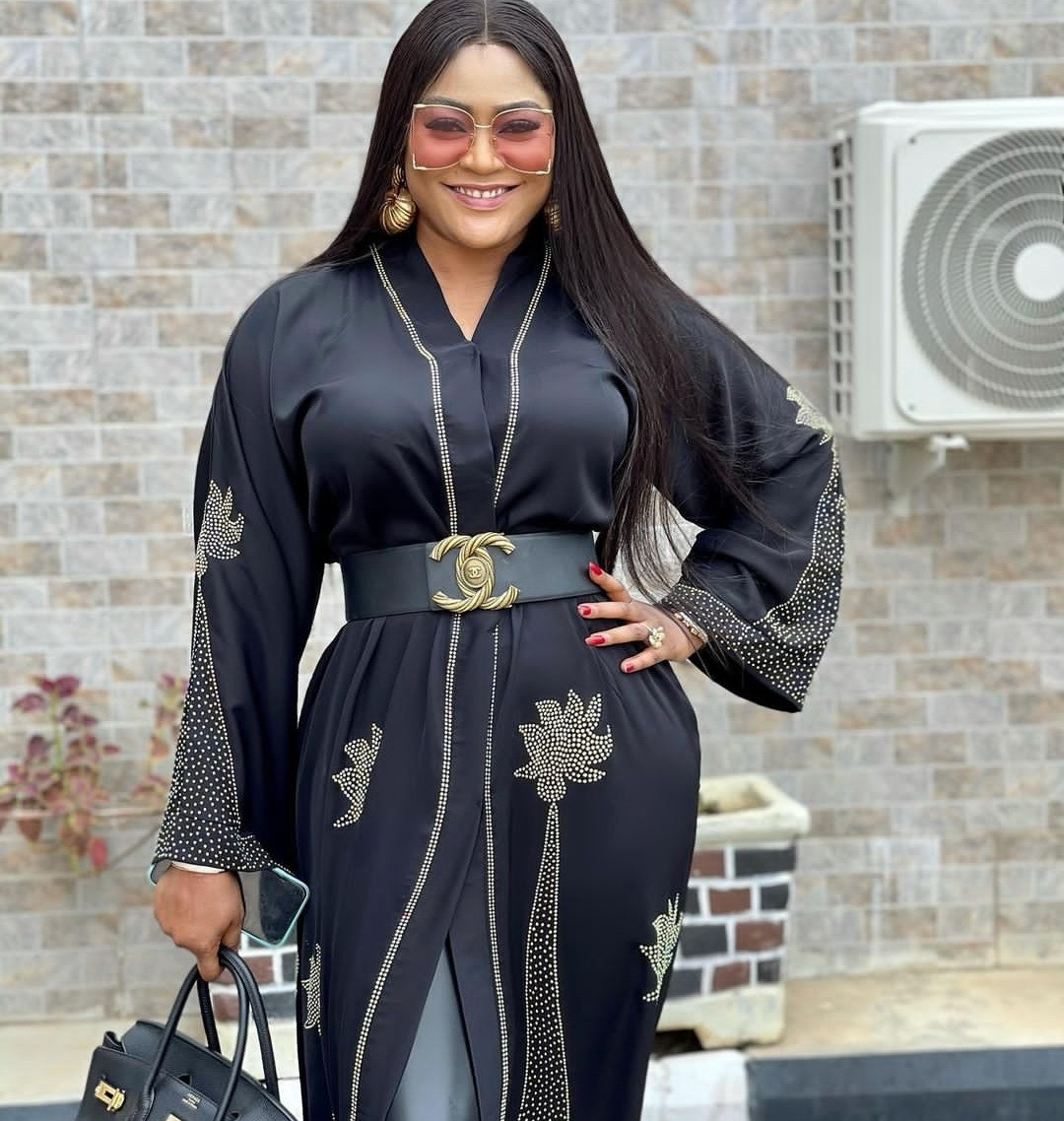 See her remark below. 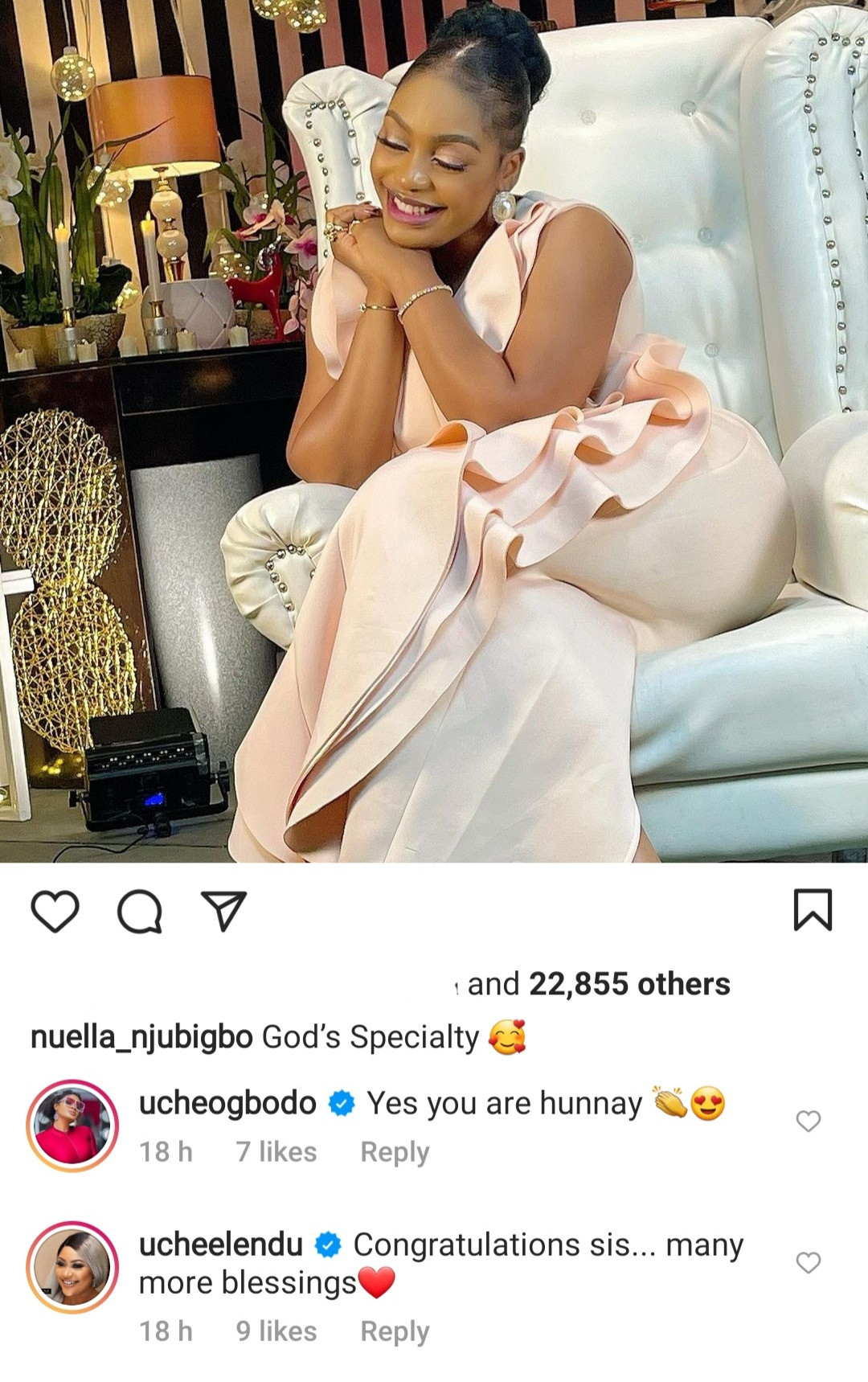 She congratulated Chidi Chikere’s ex-wife, Sophia Williams, shortly after she posted a video of a new born baby to her Instagram profile.

Read; The moment Eucharia cursed those accusing Uche Elendu of lying that her store was looted (video) 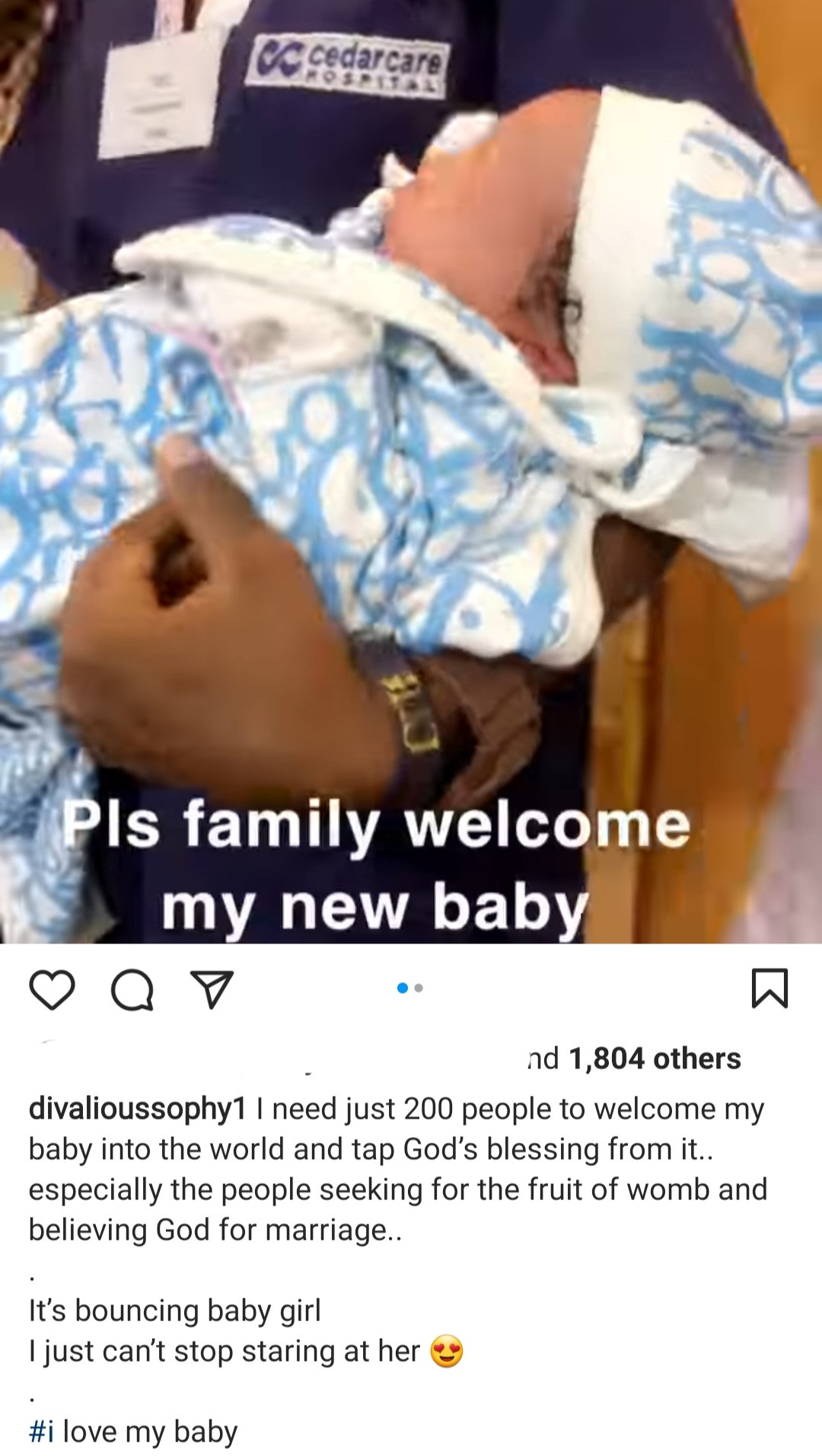 Sophia and Nuella aren’t friends, and Sophia recently threw a shade at Nuella following rumors that her marriage to Tchidi had fallen apart.

As a result, Uche Elendu’s congratulations texts to both women enraged a fan, who called her out and criticized her for not choosing a side.

Uche Elendu, on the other hand, retaliated against the follower, telling her to quit inciting animosity between the actresses.

Sophia also had something to say about the follower’s comment. 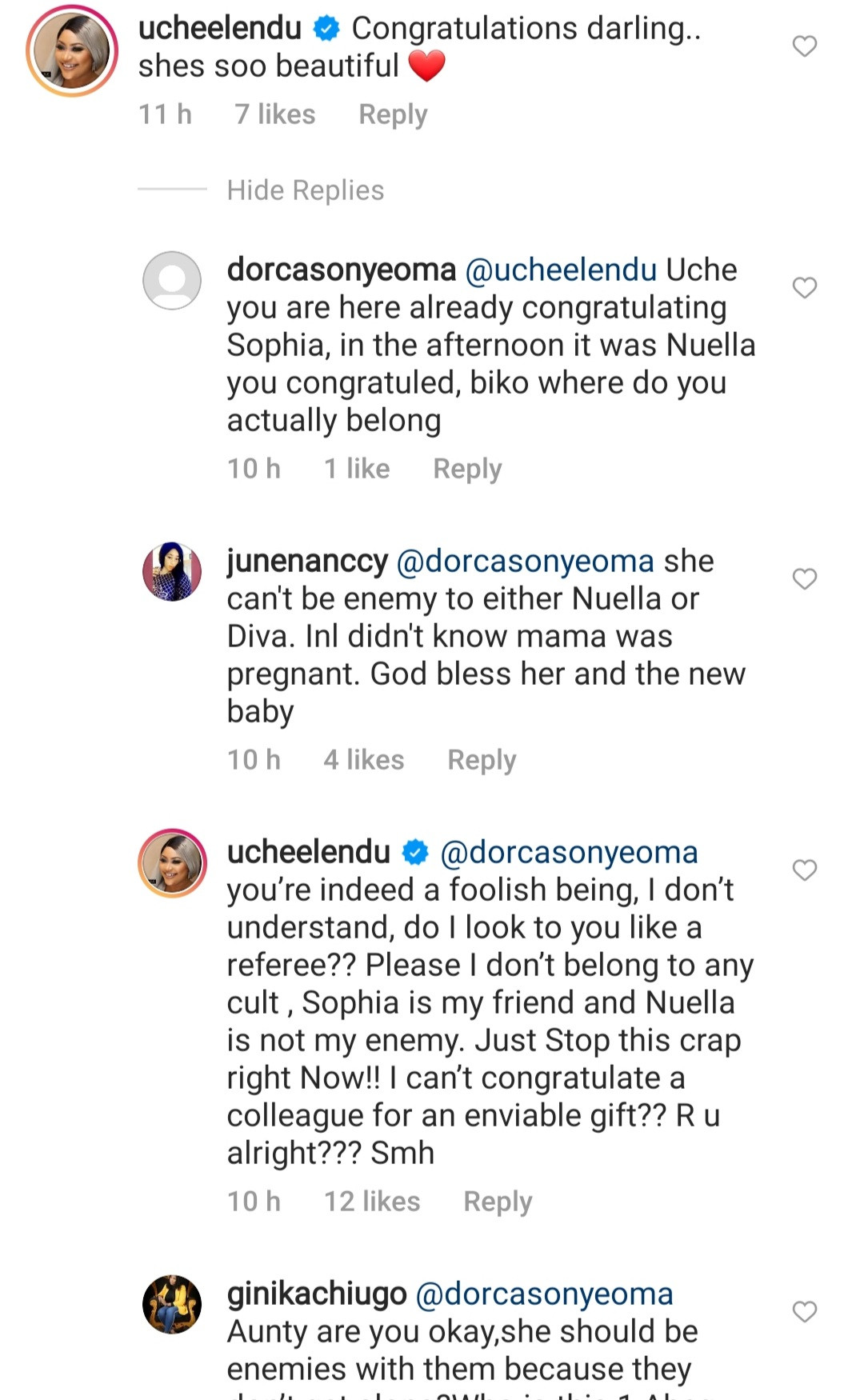 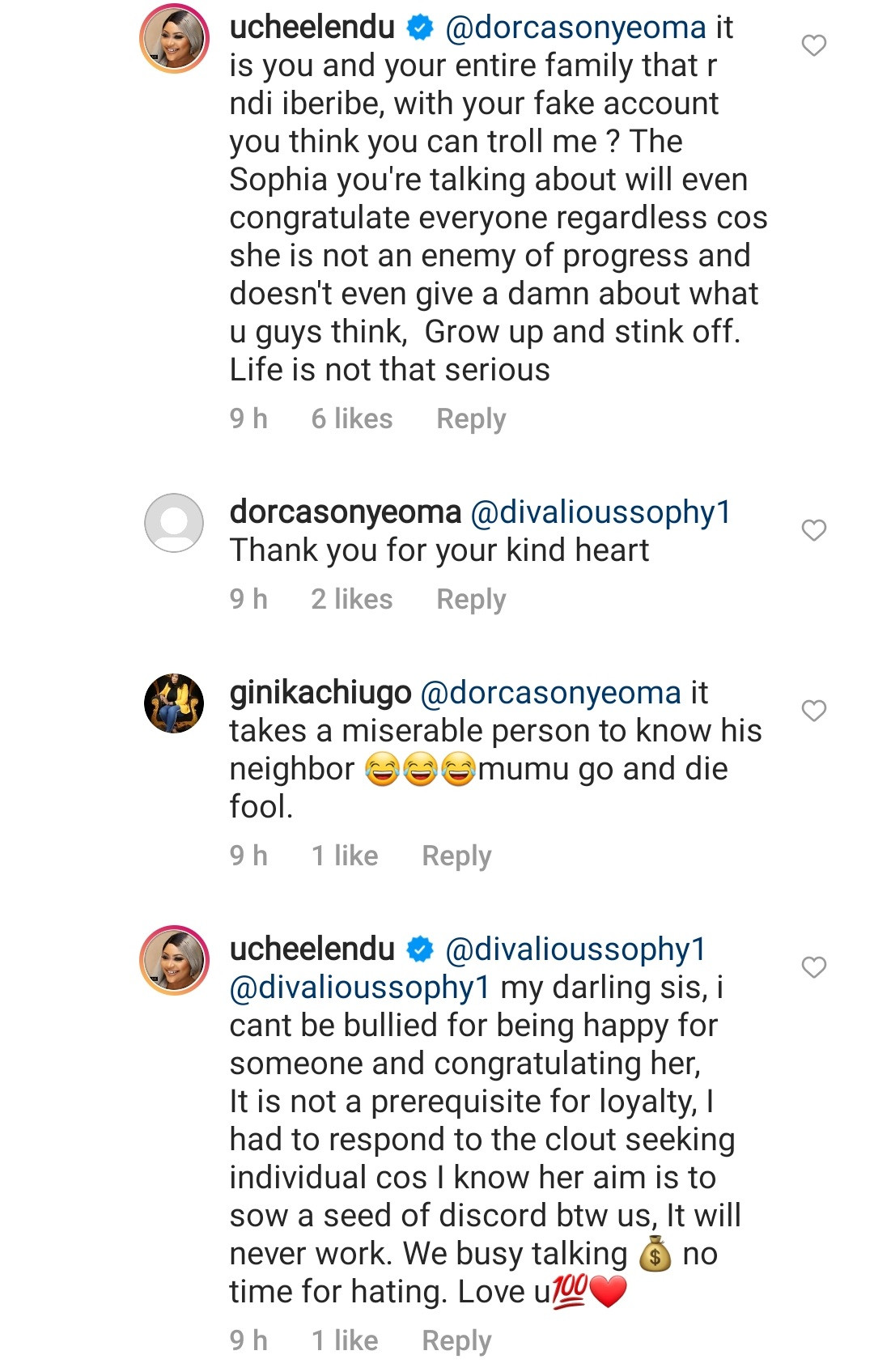 72-year-old grandmother who has been pregnant for 30 years, shares heartbreaking story (Video)