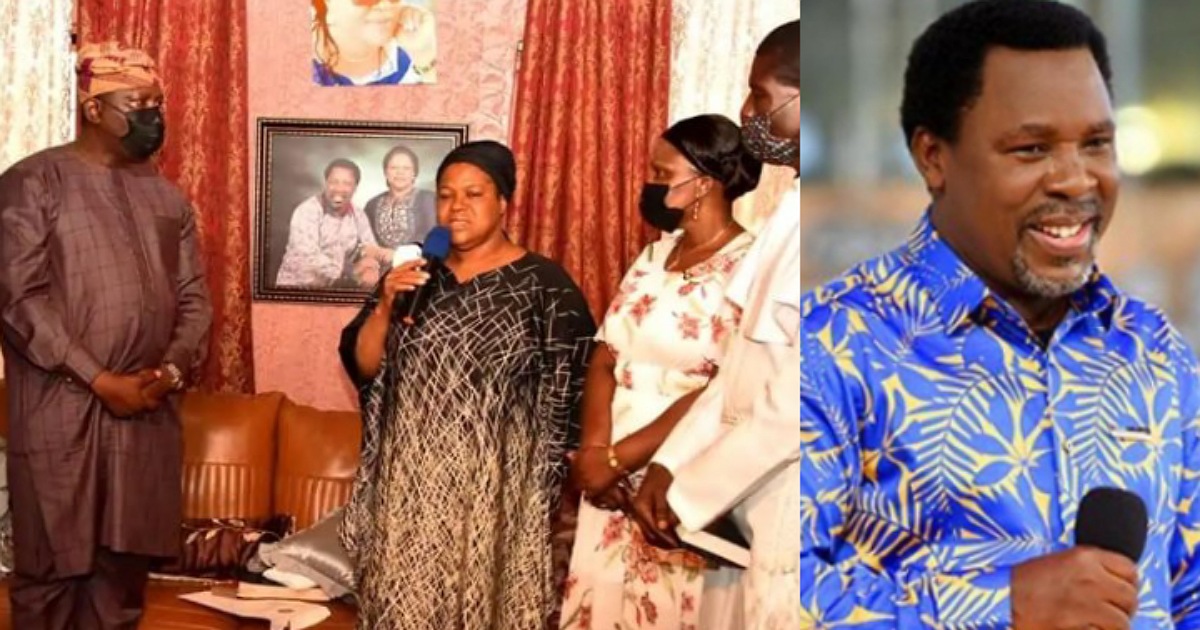 Prophet TB Joshua’s widow, Mrs Evelyn Joshua, has noted that the death of her husband, T.B. Joshua did not come to her as a surprise.

Mrs. Evelyn disclosed this during a visit by a delegate from the Lagos state Governor, Babajide Sanwo-Olu, led by the commissioner for home affairs, Prince Anofiu Elegushi.

On why his death didn’t come as a surprise, she said she believes it was an act of God and there is a time for everything.

“What happened was an act of God. There is time for everything, like my husband would say. That was the word I knew from him very well. This is the job he was known for. This is what he was living for. That is what he was going to die for. “So, it didn’t come to me as a surprise. I wasn’t surprised when it happened. As we all know, he was in service that day. So, that’s it”.

Regina Daniels slams those dragging her on social media (Video)