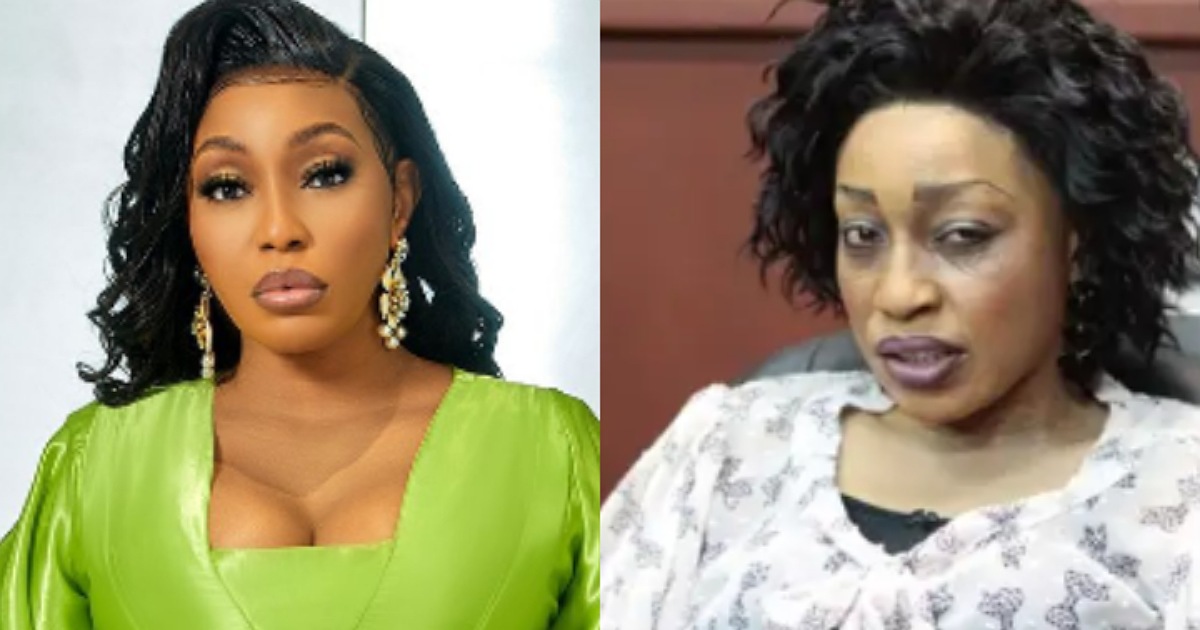 Veteran Nollywood actress, Rita Dominic has disclosed the reason she once got a silent ban from the industry.

In an interview with Chude, when asked if she has enjoyed her last 23 years in the Nigerian movie industry, Rita Dominic said that she has had her high moments and her low moments.

When Chude asked her what her low moment was, Rita spoke saying:

“Family Is Everything” – Actress Chika Ike…

Regina Daniels tackles her ex, Somadina after he referred to…

“So let me tell you something, I don’t know if I’ve said this publicly. Many years ago, we worked a lot with the marketers and they weren’t used to talking to management, they were used to easy access, direct access to us. So I started working with a manager which is my business partner Mildred because she manages my career as well and it was a challenge.

But I was bent on changing things at least for myself cuz I felt like we needed some sort of structure if we wanted to grow – if we wanted this to go further or advance our careers, we needed to start letting them understand that we have management. So obviously, they didn’t like it but they didn’t…

let me put it this way: I think they gave me a silent ban without saying anything. I used to trickle down certain things that they would say, a few of them, and I can understand. You know, people don’t like change sometimes especially when it’s been the same thing for so long and it has worked for you. I didn’t get work for a long time!

Before then, Mildred and I had been talking. She had already started producing and we had toyed with the idea of forming a company together and shooting productions and adverts. So when that (ban) lingered for a while, I said you know what?

Let’s go ahead with this thing – let’s produce content. That’s how I was put on this other trajectory and I started producing. I did my first film, ‘The Meeting’ and I wasn’t going to do the role but we ended up doing it and The Meeting became very successful.

So the (ban) in a way was a blessing. Sometimes, the powers that be (the universe) may be moving you in a direction you don’t want because you want things to happen in a certain way. But it might actually let you achieve the same goal through a different route.”