You are shameless – Nigerians drag Mercy Aigbe after she opened up about linking Tiannah to her husband, Segun Wealth 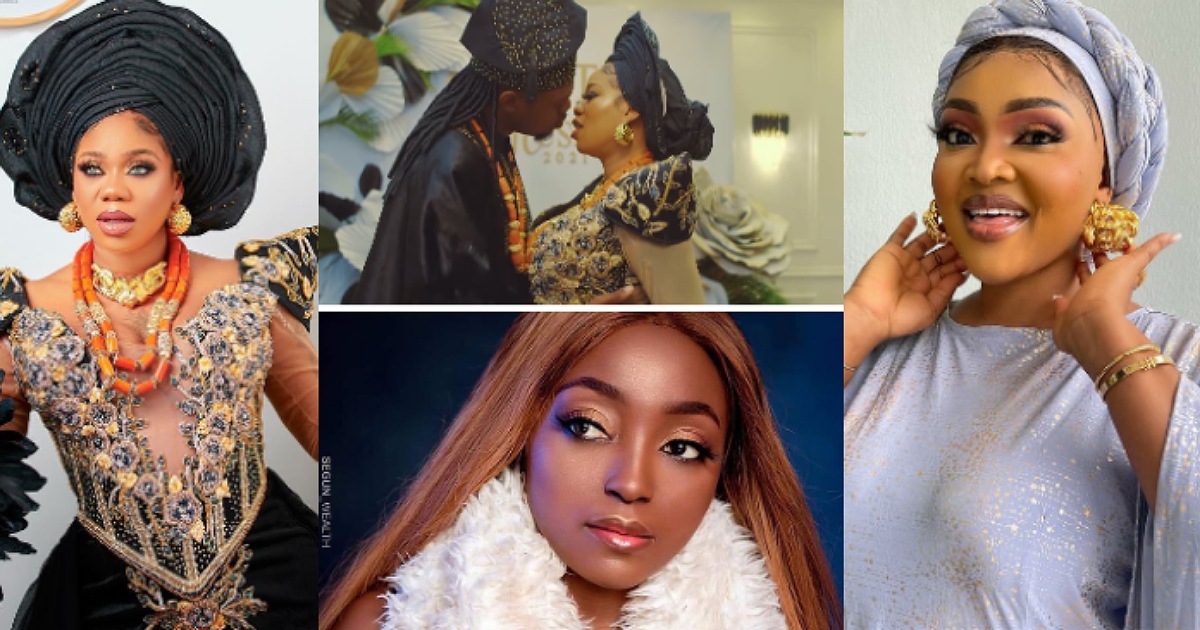 Nigerian actress, Mercy Aigbe has been dragged to filth after she bragged about linking Tiannah up with her lover, Segun Wealth.

Reports have it that Segun Wealth allegedly abandoned his main wife and children to be with Tiannah, because he needed money.

According to a report by Gistlovers, his real wife, Edel Adebayo was not aware of the marriage between her husband and Tiannah, as she thought the duo were only doing business together.

Mercy Aigbe gets emotional as she celebrates…

However, during the wedding between Toyin and Segun some days ago, Mercy Aigbe opened up on how she helped Toyin get married to Segun, and fans dragged her to filth for helping Toyin snatch another woman’s husband who already had kids for him.