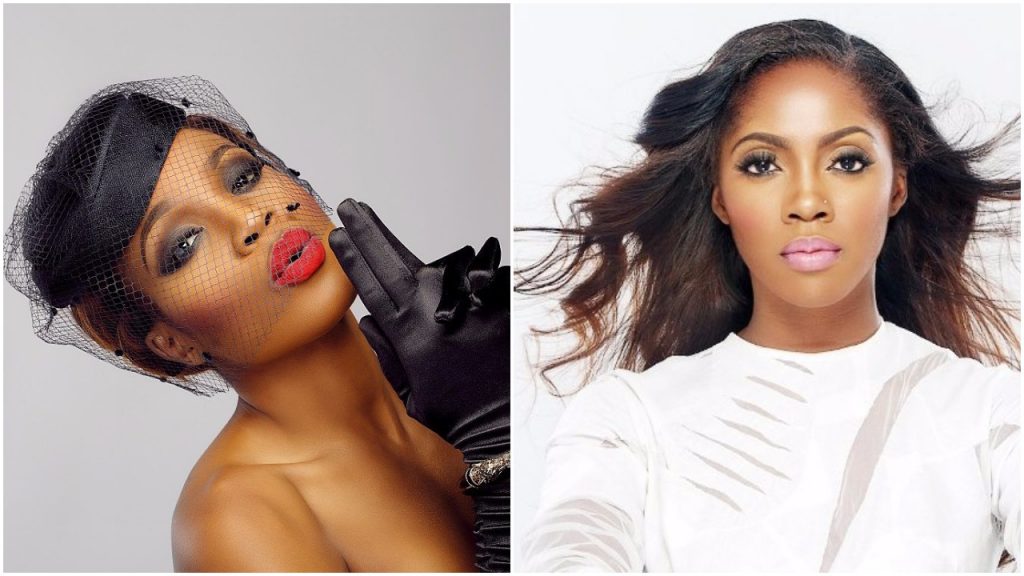 A video of Sensational Nigerian singers, Tiwa Savage and Seyi Shay fighting and exchanging words inside a saloon has surfaced on social media.

In the video, the two singers were seen confronting each other and almost getting violent until people in the saloon intervened.

According to reports, the artists have not been on good terms for years after Seyi entered the studio to make a track where she said lots of negative things about Tiwa Savage.

Since then, the two singers have not crossed paths until they met at the saloon and Seyi said Hi to the mother of one. This did not go well with Tiwa and she decided to revisit the issue which led to the fight.

According to Tiwa, Seyi has a dirty and disgusting spirit for her to say Hi to her after all the negative things she said about her.