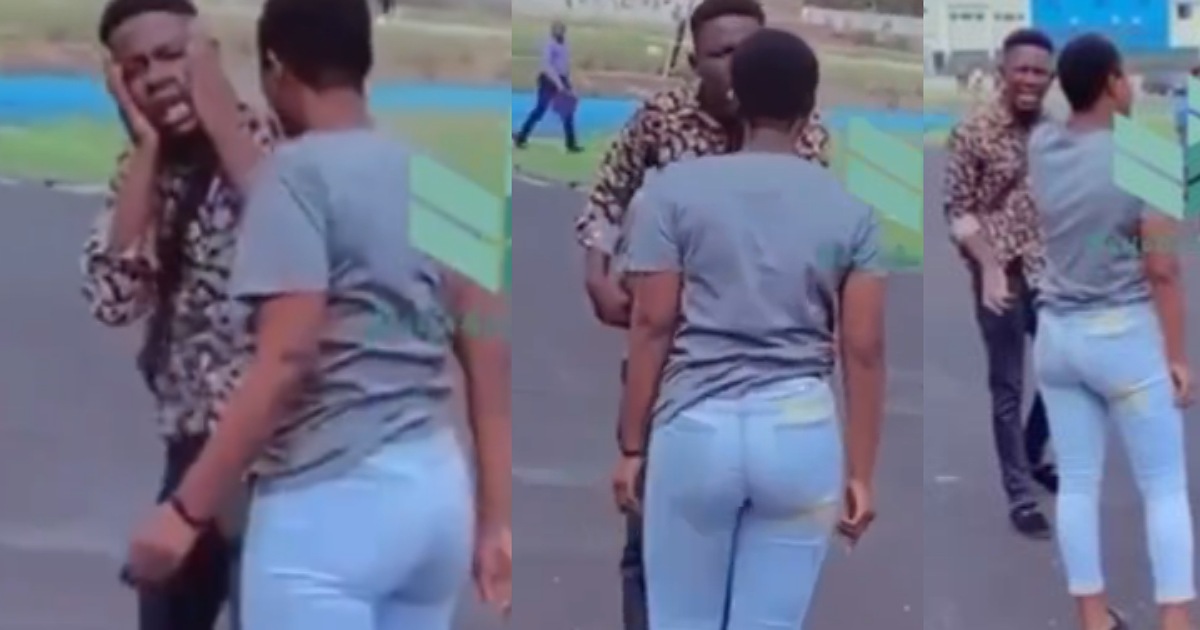 A video making the rounds on social media has captured the moment a lady dealt with her boyfriend who tried to break up with her.

In the viral video, the couple were seen arguing over an issue, when the man who couldn’t take it anymore, decided to quit the relationship.

He bluntly told her that he can no longer continue the relationship with her, so they have to go their separate ways.

“Dating an older man stresses me out” –…

The lady however, in her response, noted that he has no right to end the relationship with her for any reason.

Her lover got upset and walked out of the scene but she caught up with him and dashed him a hot slap on his cheeks.

Actress, Ada Ameh shows off her lover barely one year after her daughter’s death