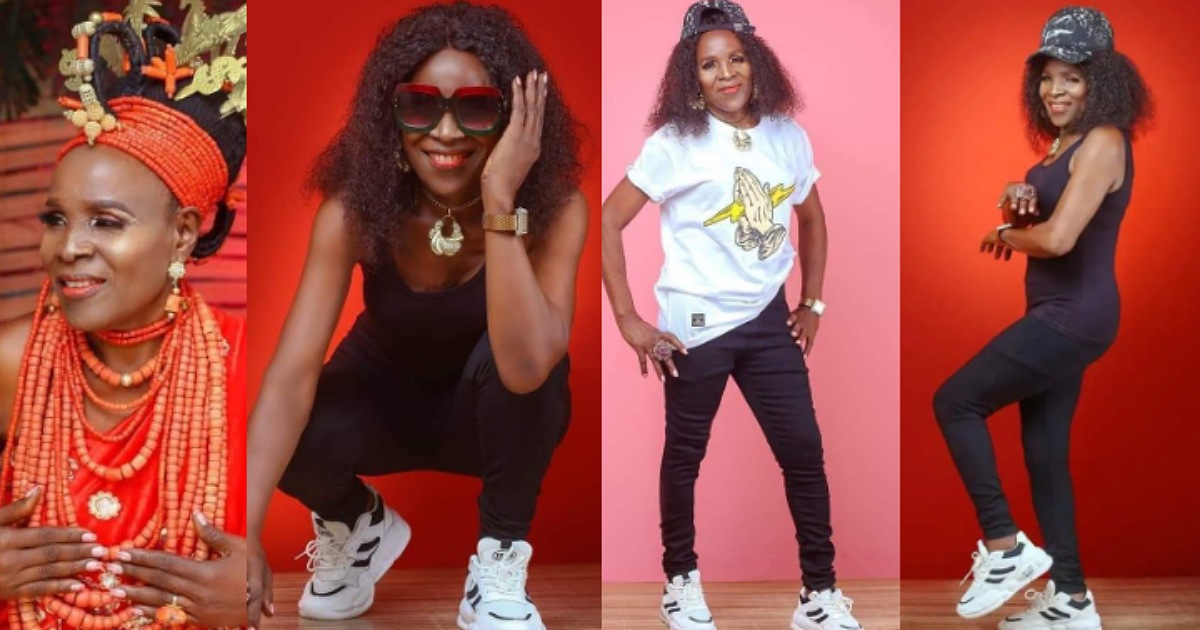 An 80-year-old woman identified as Iye N Ogie, has gone viral on social media after sharing her ageless birthday photos.

Iye N Ogie who hails from Benin, Edo State looked absolutely beautiful and young in her 80th birthday photos which made the rounds on social media.

Bobrisky Reveals The Amount Of Money He Spent On Mercy…

Reacting to the photos, Nigerians expressed surprise at the woman’s age, noting that she looks very agile for an 80 year old.

A Facebook user @Rita Ebiuwa who shared Ogie’s photos on the platform also wrote, “I find it difficult to believe her age. Who else doubt she is not up to 80yrs? Well, she is 80yrs today, Asin Eighty years old Wishing her more years on earth in sound health Iye N ogie.”

See more beautiful photos of the 80-year-old woman below;