Tonto Dikeh leaks chat with Kpokpogri after she accused him of…

Man leaks weird messages a male passenger sent to him via… 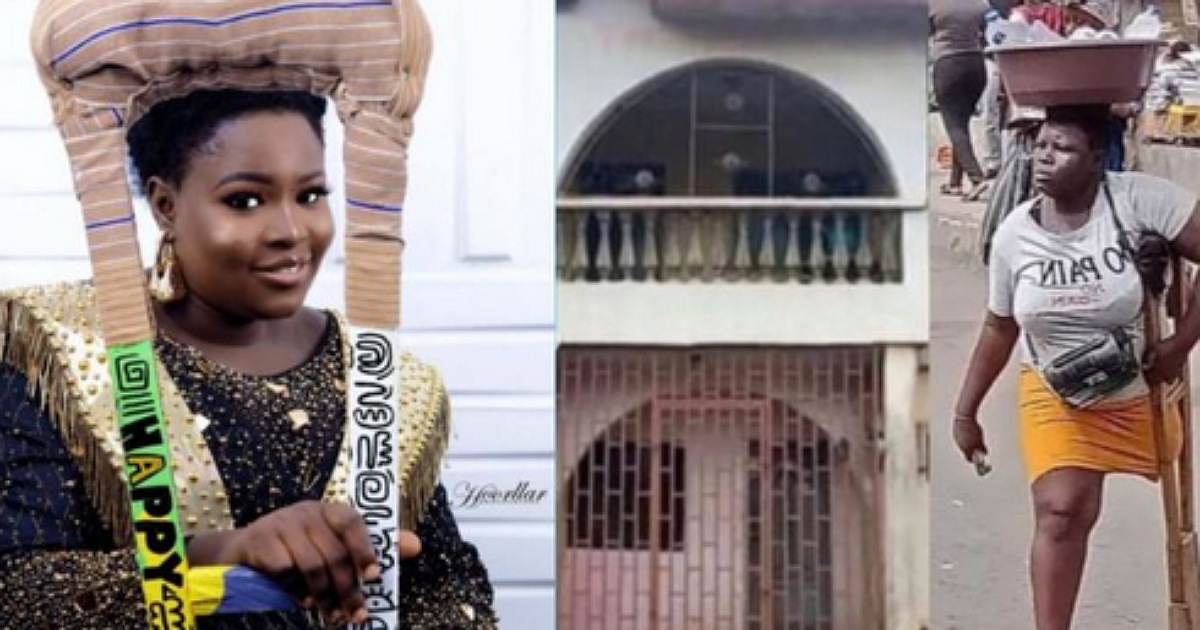 Mary Daniel, the sachet water hawker who went viral because she’s an amputee, has reportedly acquired a 17.5 million Naira apartment in Lagos.

Per reports made by BBC, the lady is finally putting good use of the funds donated to her by concerned Nigerians on Social media.

The 27-year-old Kogi indigene bought the house located in Igando, Lagos. She is also constructing a pure-water factory inside the compound, which is near completion

See Also: Nigerians react as Kanayo insists that nobody can make it like Obi Cubana without “sacrifice” (Video)

Recall that Mary Daniel received donations of about N25 million after she was pictured hawking sachet water in traffic in Oshodi and her story went viral.

See photos of the building below:

Man shares screenshots of his chat with Tems in 2018