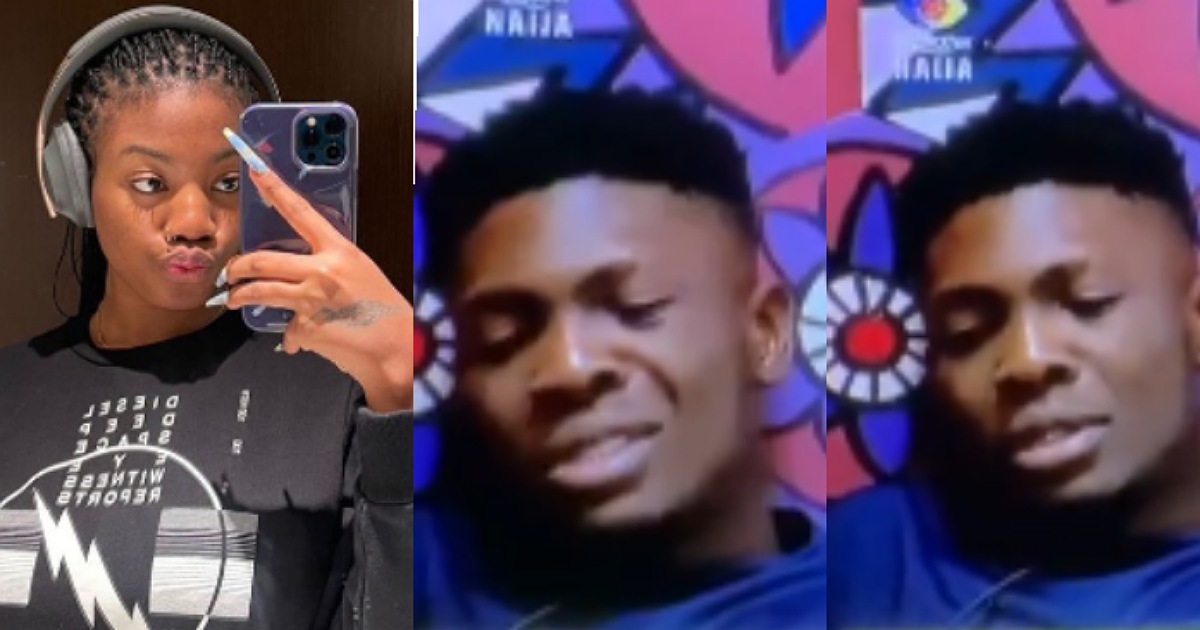 A video making the rounds on social media shows the moment housemates of BBNaija season 6, Angel and Jackie B consoled Sammie as he broke down in tears.

Sammie and Angel were having a discussion on the bed and all of a sudden, Sammie burst into tears. Angel moved closer to him to calm down his nerves and Sammie was seen covering his face with his hands.

Jackie B later joined them on the bed after she noticed he has become so emotional and she and Angel tried to soothe him.

Nigerians have however expressed their anger at Sammie as some of them feel the housemate is only playing a pity card and trying to attract attention from viewers of the show.