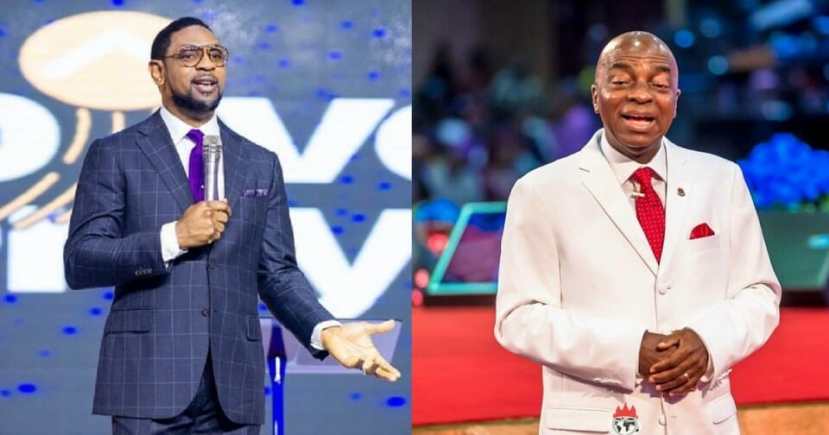 Recall that a few days ago, video of one of the affected pastors crying out for help went viral and this generated lots of reactions on social media.

According to Fatoyinbo, Oyedepo has the right to sack pastors because there should be no room for laziness and unfruitfulness in the house of God.

“Earphones are designed by Satan” – Bishop Oyedepo says, as…

Bishop Oyedepo finally speaks on why he sacked more than 40…

Speaking further, Fatoyinbo said that the pastors were sacked because they were unfruitful.

“If you were fired by the Bank for not meeting up with your deliverables will you go on social media? In @bidemiolaoba ‘s voice “The Bible Says”. – He spoke also this parable; A certain man had a fig tree planted in his vineyard; and he came and sought fruit thereon, and found none. ”Then said he unto the dresser of his vineyard, Behold, these three years I come seeking fruit on this fig tree, and find none: cut it down; why cumbereth it the ground? And he answering said unto him, Lord, let it alone this year also, till I shall dig about it, and dung it: And if it bears fruit, well: and if not, then after that thou shalt cut it down,”.