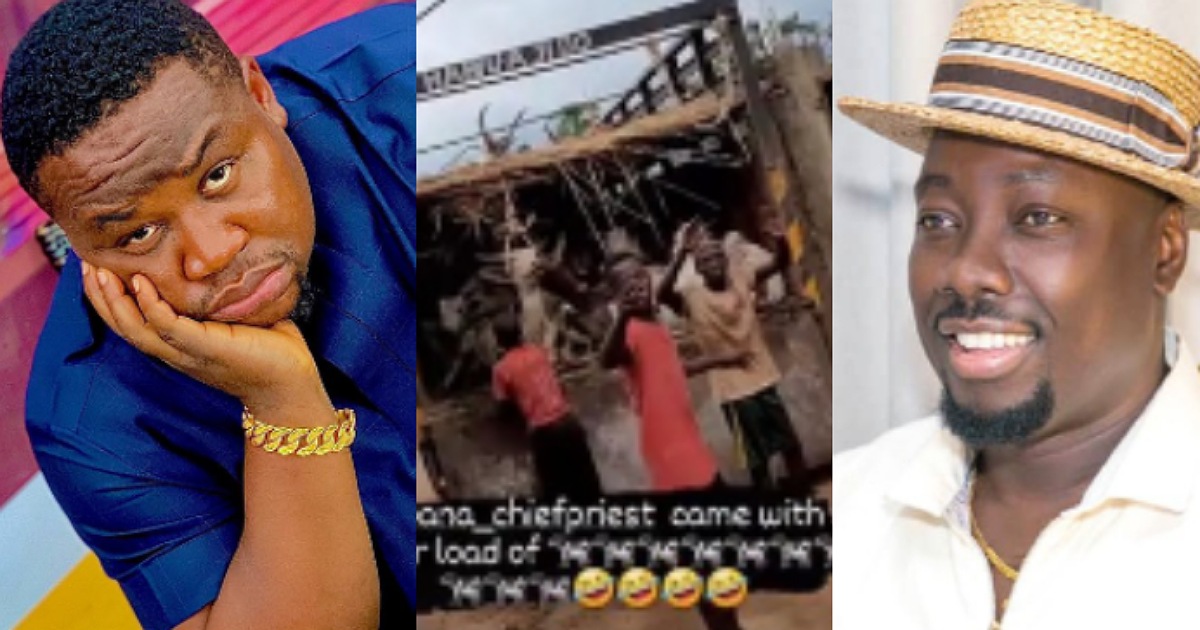 Celebrity barman, Pascal Chubuike Okechukwu popularly known as Cubana Chiefpriest has revealed that his village people attacked him over his cow gifts to Obi Cubana.

Recall, the Celebrity barman was hailed on social media after he stormed billionaire Obi Cubana’s mother’s burial with 46 cows.

In a recent post however, Chiefpriest revealed that his village people are angry with him and are demanding 46 goats from him.

The self-acclaimed Dr Ezemuo also disclosed that he has been warned not to set foot in the village if he doesn’t provide the goats for them.

“My Village People Dey Para For Me, Dem Say If I No Bring 46 Goats Come Back From Oba Make I No Enter Village Again, Dem Say The Goats Belong To Them, Say Make I No Use Their Tradition Play.”