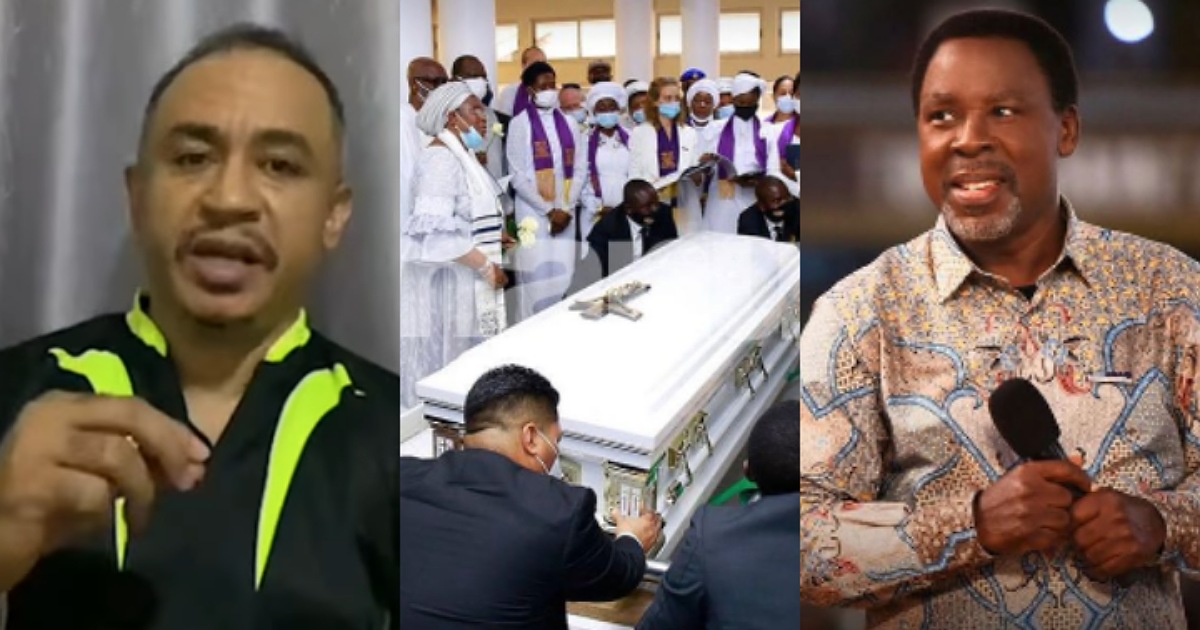 Media personality, Daddy Freeze, has dragged General Overseers of Nigerian Churches, who did not attend the funeral of the founder of the Synagogue Church of All Nations (SCOAN), Late Prophet T.B. Joshua.

TB Joshua was buried on Friday, July 9 and reports gathered that the only notable clergyman who attended his funeral was the chairman of the Christian Association of Nigeria CAN, Lagos state chapter, Rt. Rev. S.T.V Adegbite.

In a video shared online, Freeze noted that GO’s of churches should have attended his burial no matter what they may have in mind against him.

”Prophet T.B Joshua has been laid to rest. May his soul rest in peace. I worry with the turnout of Christians to this man’s funeral. I worry. If we truly are Christians, every church should have sent a delegation.

”I am disappointed, disappointed in you all. You have not shown a legacy of love. None of you..I tried to monitor. None of you could wear your clothes and fly your private jets and attend the funeral?

If you ask me and you expect me to be honest, I am entirely disappointed in all the big daddies that we have. You people are our daddies. If you behave like this, how are we the children going to behave? If we are fighting, it should be during when someone dies. You people have turned gods of Men. He offended you, so?

You don’t know what you have done…especially our daddies. ”

How Dangote borrowed N500k from uncle, Dantata to set up $11.9 billion Empire