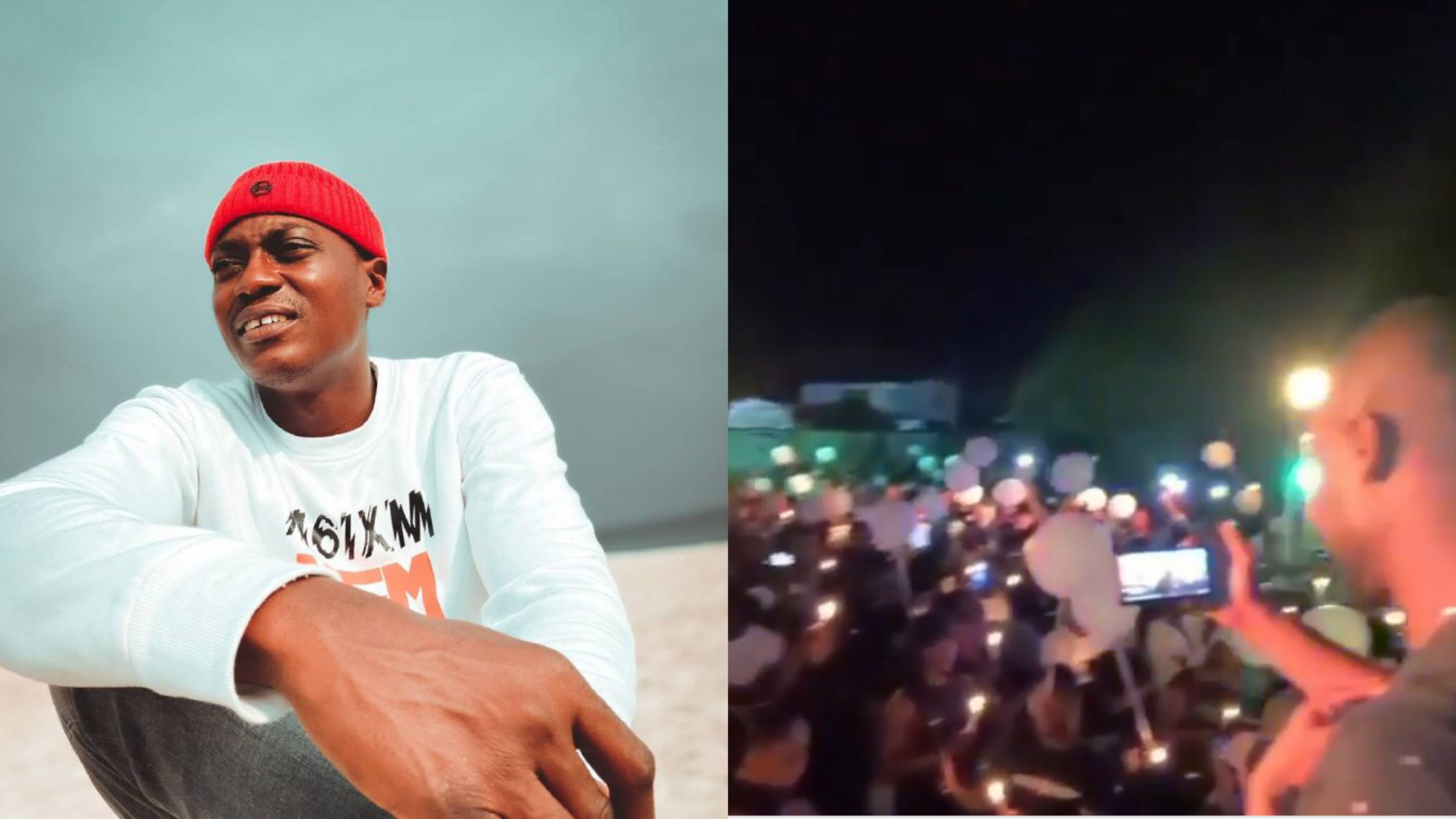 Veteran singer, actor and comedian Sound Sultan has been remembered by close friends and family as a candlelight procession was held in his honour.

Recall Sound Sultan died on the 11th of July after he lost the battle to cancer. His death came as a shock to many as Nigerians took turns to pay tribute to the music icon.

As condolences messages continue to pour in for the late singer, a candlelight night service was held in his honour yesterday as friends continue to celebrate his legacy.

“40 days since you left and it’s still hard to…

Baba Dee drags Nigerian celebrities for what they did to…

Those who attended the event rocked a black t-shirt that shows that they are mourning with the face of Sound Sultan printed on it.

Obi Cubana’s party: Uche Jumbo defends rich Igbo billionaires, says not all of them are illegit