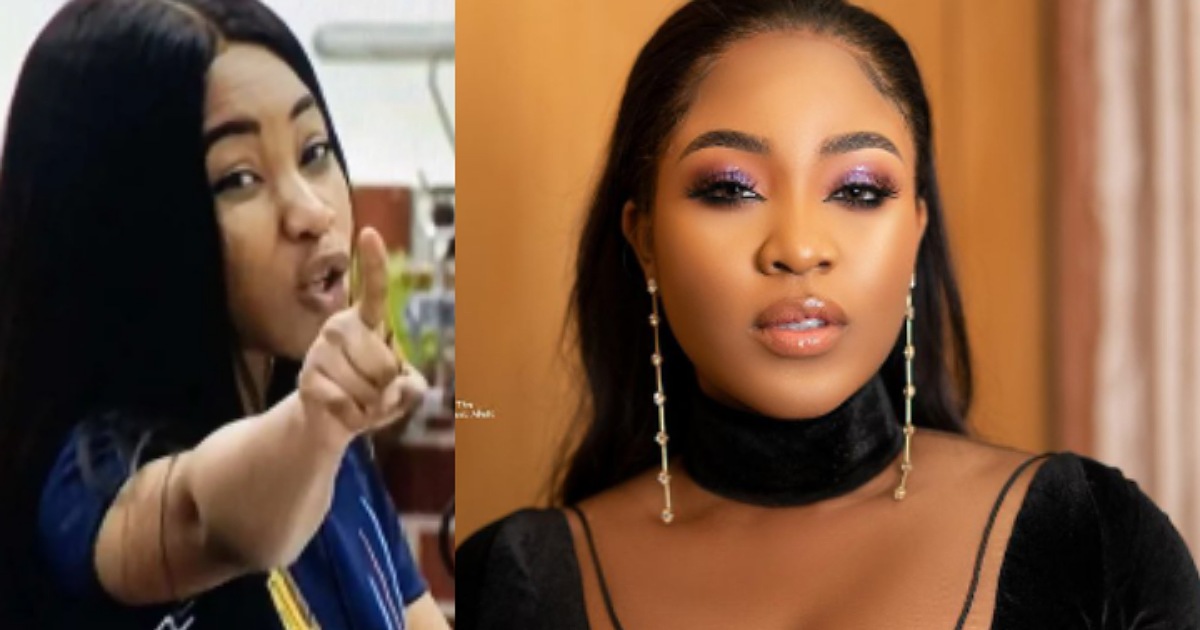 The movie director identified as Umuna Elijah, while sharing his experience with the actress, disclosed that Erica developed headache after acting.

Elijah noted that the actress had to act the scene for 7 times, before she got it right and after that, she complained of a very serious headache.

“Why only love can make me submissive as a feminist” –…

“It’s a battlefield; put your body armour on and meet me at…

He however added that the 7th trial was the best of them all and they had to implement that part in the movie.

Reacting to this, Erica reposted the director’s remark on her Instagram page to inform fans about the challenges she goes through in acting scenes. 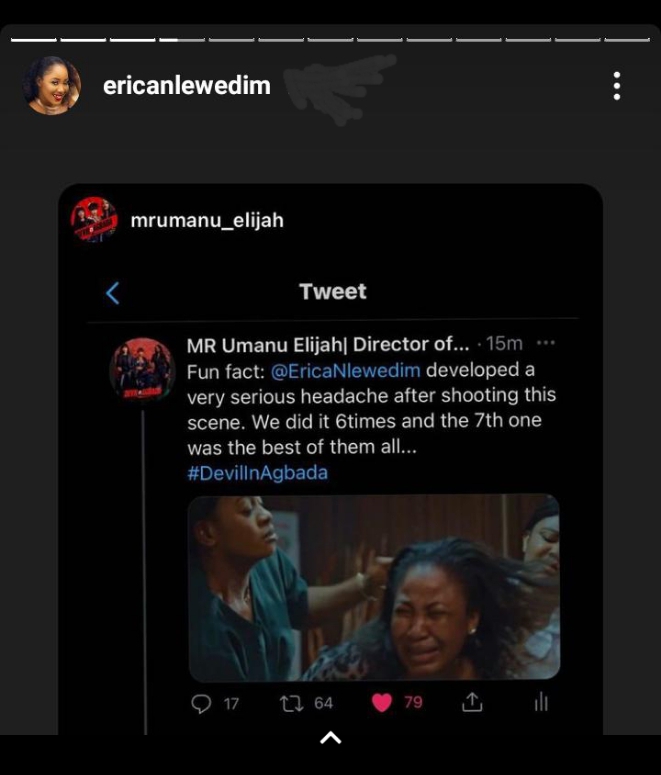 Adorable video of Uche Jumbo’s son, Matthew insisting that he loves his mother more than she loves him