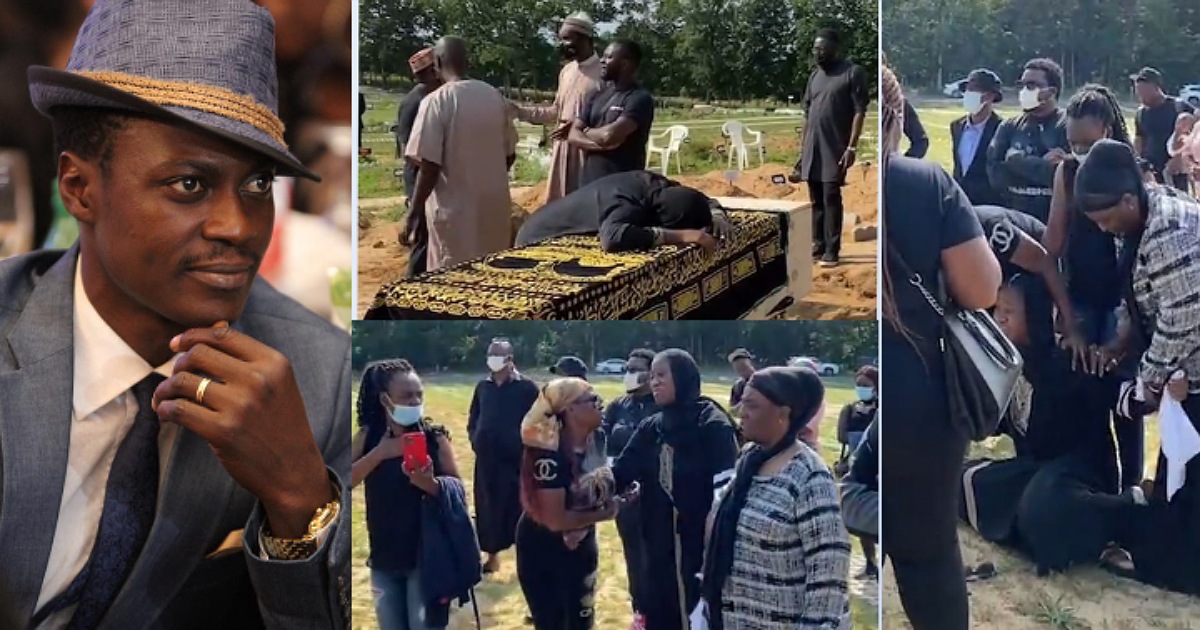 Farida Fasasi, wife of late singer, Sound Sultan was full of emotions during the burial of her late husband who recently passed on.

Yesterday, Nigerians woke up to the sad news that the singer had passed on. His death was announced in a statement Sunday morning by his family. He was 44.

The family, in a statement, said Sound Sultan died on Sunday of Angioimmunoblastic T-cell Lymphoma.

Angioimmunoblastic T-cell lymphoma (AITL) is a rare form of non-Hodgkin lymphoma, which is a group of related malignancies (cancers) that affect the lymphatic system (lymphomas).

His relative, Kayode Fasasi, who signed the statement, said Sound Sultan passed on after a “hard fought battle” with the ailment.

She laid her head on his coffin for a long time as she cried for the love of her life who lost his battle with cancer today July 11th.

Kate Hensahaw, Ini Edo, others, pen down tribute to Olu Jacobs at 79