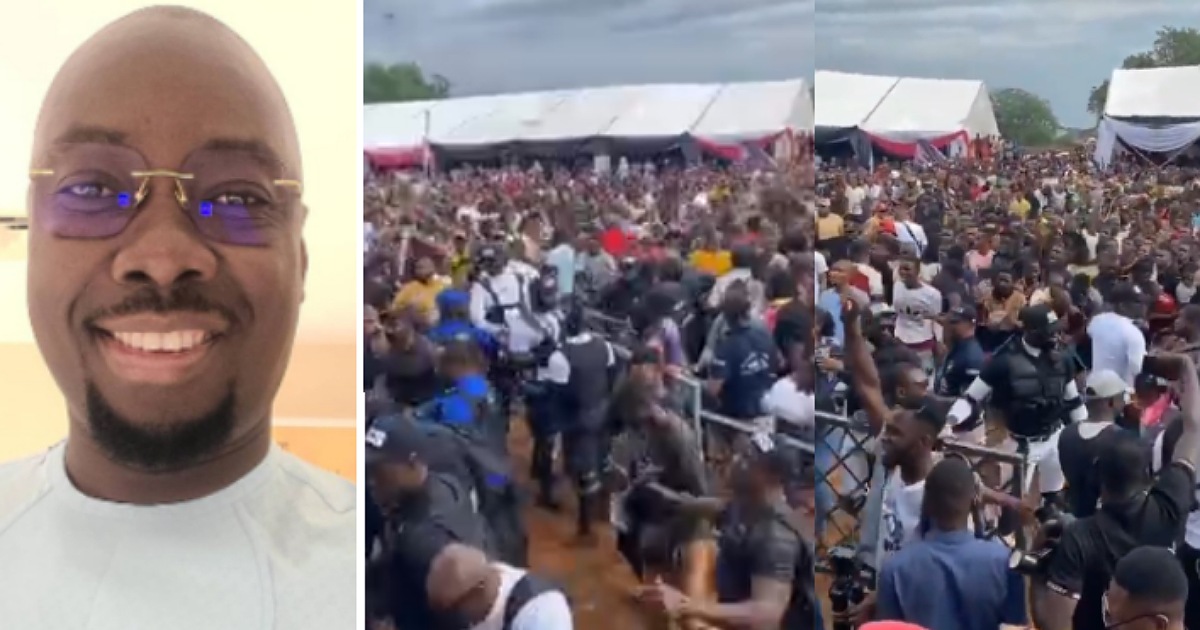 A video of guests and bouncers at Obi Cubana’s mother’s funeral, struggling to pick money has surfaced social media.

In the video, the bouncers abandoned their duty posts to join guests in picking money which was being sprayed at all corners.

The billionaire businessman and club owner, Obi Iyiegbu, popularly known as Obi Cubana is currently laying his late mother to rest today, and he received massive support\donations from his friends and well-wishers.

Preparations for the funeral caught the attention of many after the club owner received 246 cows from his friends. However, other good wishers also donated funds worth millions for the event.

Popular actor, Kanayo O Kanayo also advised men to watch their girlfriends closely and hold them tight at this point in time.