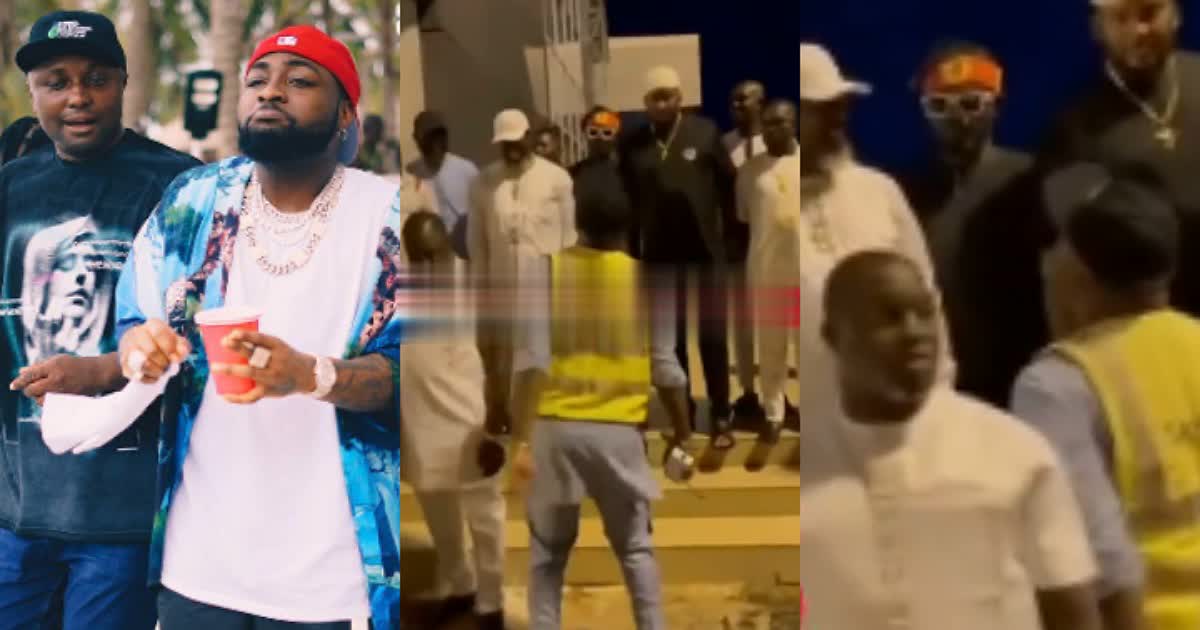 Davido’s aide, Isreal DMW reportedly disgraced the entire DMW crew at Oba, Anambra State, after getting drunk at the burial.

According to Gistlovers, Isreal got drunk and stood in front of Obi Cubana’s billionaire friends, challenging them if they have money.

“How Isreal DMW disgraced the whole of DMW yesterday after he got drunk at Obi Cubana mama burial,frustration come hol am wey him dey shout in front of billionaires,Obi Cubana’s friends,challenging them if they have money🤣🤣🤣🤣Poverty Na Bast**d🤣🤣

According to eyewitness: Isrealdmw drunk and insulting igbos spraying excess cash at ObiCubana night. Others didn’t find it convenient, but from the conversation before this, it appeared he was speaking what they’ve being discussing in private but didn’t expect isrealdmw to vomit words out, my phone on the pocket didn’t capture when the conversation started but only managed when isrealdmw started shouting who them be……”