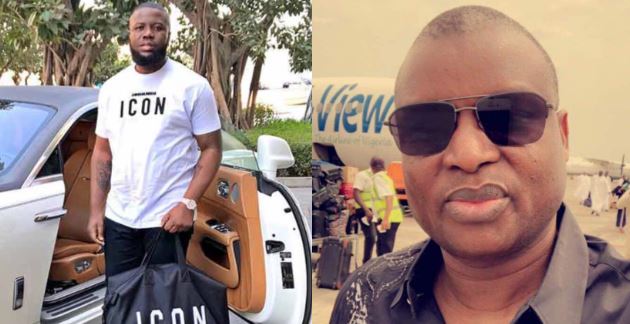 Nigerian super cop, Abba Kyari reportedly left his official duties for a Dubai trip with suspected internet fraudster, Hushpuppi. according to the Federal Bureau of Investigation.

The September 2019 trip was only an episode of a mutually-beneficial cozy affair between the Deputy Police Commissioner and Hushpuppi that was uncovered by American authorities as part of their ongoing prosecution of Mr Abbas for multimillion-dollar Internet fraud.

Following Hushpuppi’s guilty plea, additional documents showing how Mr Kyari was indicted as a member of Mr Abbas’ syndicate were unsealed. TheInfoNG published how Mr Abbas bribed Mr Kyari to arrest one of his gang members and throw him in jail following a dispute presumably over proceeds of their crime.

Additional details in the indictment file obtained from People’s Gazzette, contained how Mr Kyari left his job as a police officer and travelled to Dubai to enjoy a good time with Mr Abbas, who lived at Palazzo Versace in the Emirati commercial capital.

Mr Abbas “sent a car and driver to drive” Mr Kyari around “during that trip,” FBI unsealed indictment said. Mr

Also during the trip, Mr Kyari bragged to Mr Abbas about some of his so-called crime-busting activities in Nigeria, to which Mr Abbas responded by playing allegiance to the police chief.

“Am really happy to be ur boy,” Mr Abbas told Mr Kyari in an intercepted message. “I promise to be a good boy to u sir.”

‘I no longer cry, it no longer hurts’ – Actress, Uche Ogbodo writes tribute to her first child at 7