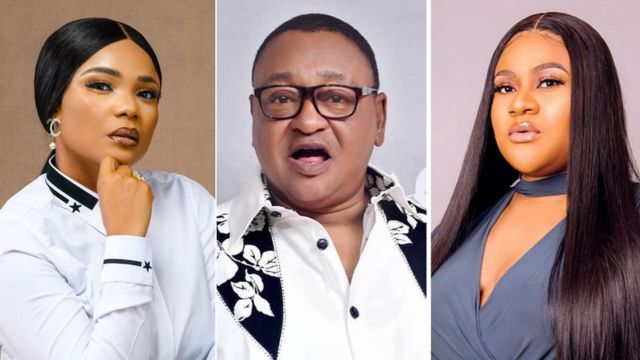 Nollywood veteran, Jide Kosoko addressed claims that actress Iyabo Ojo was reprimanded by the Theatre Arts and Motion Pictures Practitioners Association of Nigeria (TAMPAN) for fighting for the rights of a minor allegedly defiled by actor Omiyinka Olanrewaju aka Baba Ijesha.

The 67-year-old spoke in a video uploaded to his Instagram page on Thursday, July 1 which he simply captioned ‘CLARIFICATION’. He also tagged members of the board of trustees of TAMPAN to the post.

“My attention has been drawn to the various insinuations that trailed the press conference of BOT of TAMPAN which held on Saturday, June 26 and I want to make a clarification, the meeting was not about supporting Baba Ijesha. I personally condemn any act of rape, I only pleaded that the law should be allowed to take its cause.

“Neither was the conference against Iyabo Ojo’s stand fighting for the minor, what we are saying is that Iyabo Ojo should desist from making derogatory remarks about TAMPAN and the Yoruba movie industry, you cannot because of one person condemn the entire industry. Baba Ijesha will be dealt with by the law,” the father of three said.