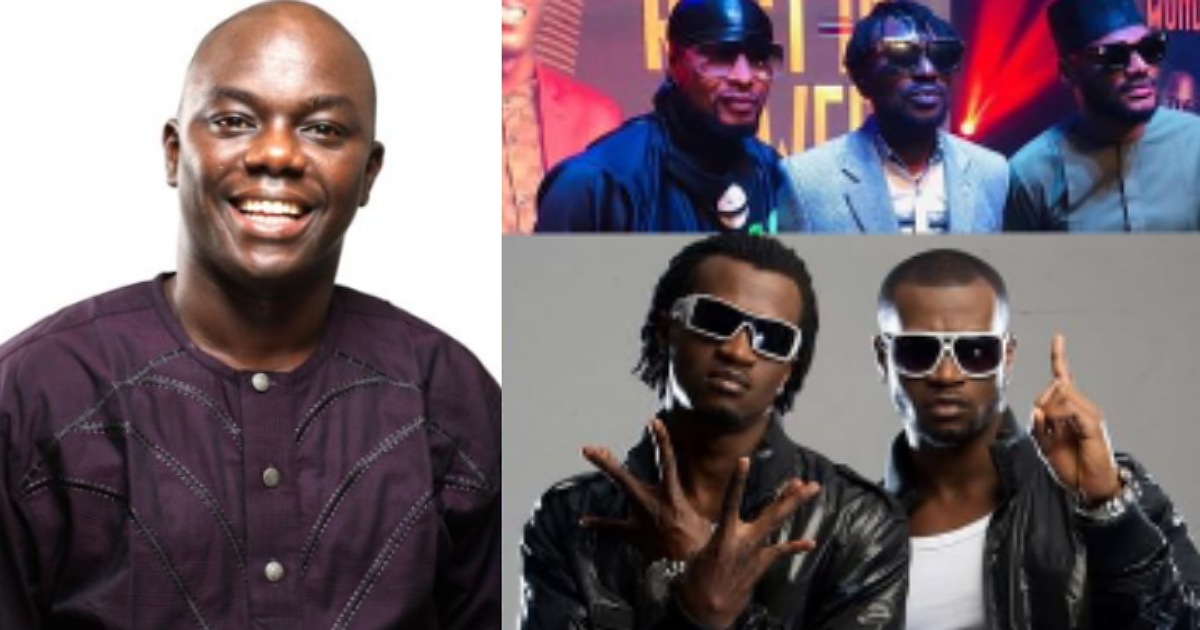 Ayo disclosed this while reacting to the reunion of defunct music group, Plantashun Boiz comprising of 2face, Blackface and Faze.

Recall, during the Night of Tribute held in honor of late singer, Sound Sultan, on Sunday, July 25, the singers were called upstage and urged to settle their differences in honor of Sound Sultan.

“I am still wondering why rich people don’t fall down…

The singers agreed to set their differences aside and even performed one of their old songs together, to the delight of other guests.

Reacting to this, Ayo Animashaun shared a photo of the singers and stated that he hopes it doesn’t take the death of another person for Peter and Paul Okoye of defunct P-Square music group to bury the hatchet.

“My picture of the month….I hope we don’t loose another life before @iamkingrudy and @peterpsquare realise it’s their turn to bury the hatchet”

‘You have no shame, you slept with my husband’ – Ighalo’s wife, Sonia drags BBNaija Uriel