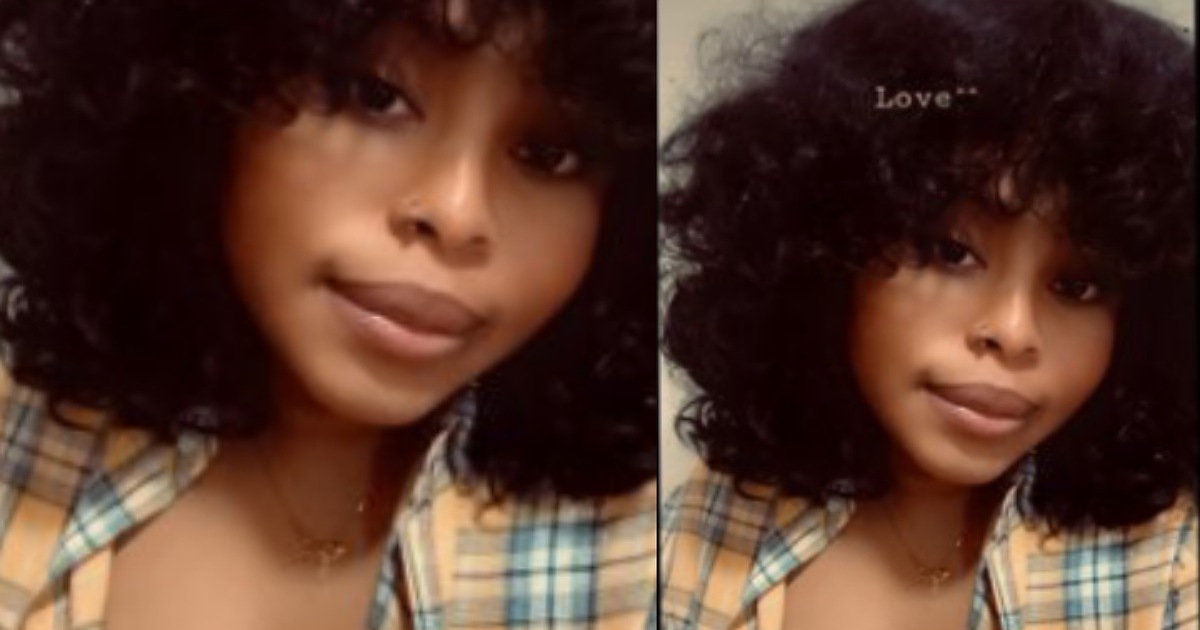 Twitter user, Anita Vams has stated clearly that she would never kneel down for any man in the name of marriage.

In a recent Twitter rant, Anita said she would definitely do all the necessary stuffs required during the wedding, except kneeling down to serve him food.

According to Anita, she doesn’t find it relevant and important to kneel down before a man, and she would never do it no matter what happens.

“I’m never kneeling down for any man in the name of marriage. I’ll do the necessary stuff during wedding and all but kneeling down to serve you food and all? 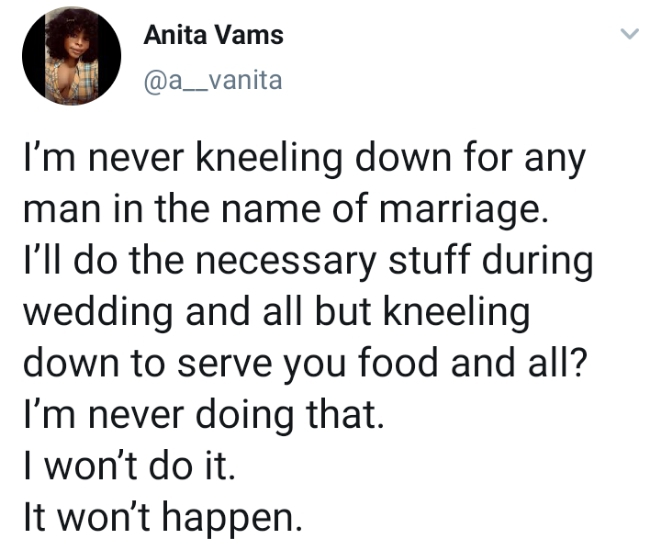