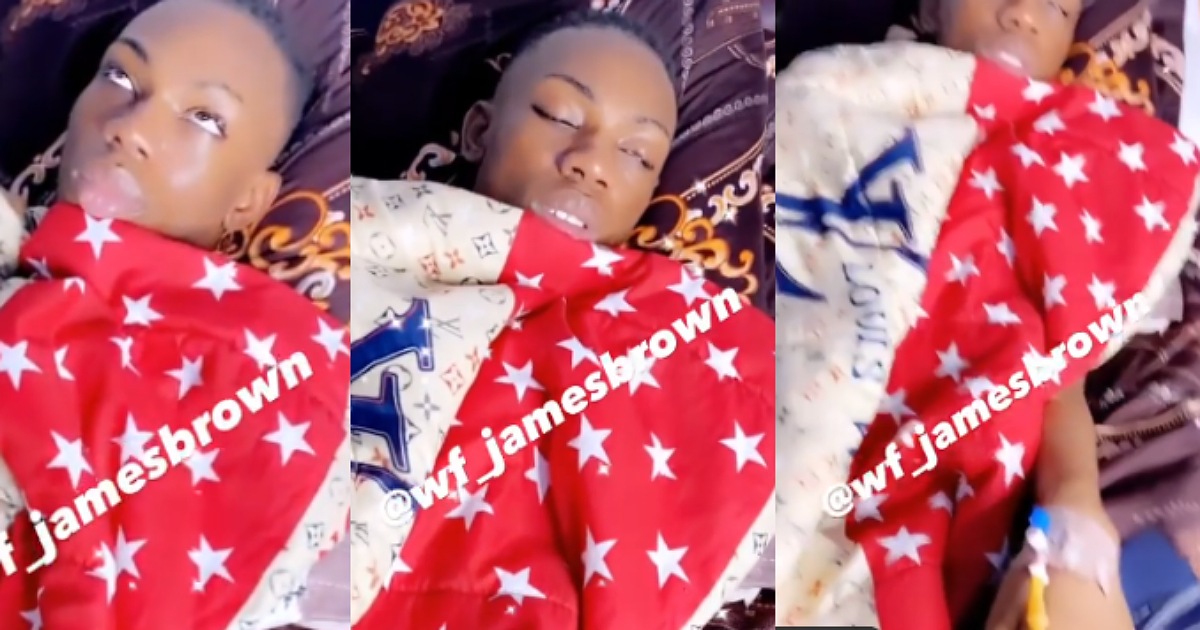 Nigerian entrepreneur and crossdresser, James Brown has sent out a scary message to his fans as he lands in hospital.

The self acclaimed Princess of Africa shared a video of himself at an undisclosed hospital, and revealed he has been sick for a while.

He further pleaded with his fans to appreciate him now that he is still alive, not when he gives up the ghost.

Without me Nigeria will be dull – Crossdresser, James Brown…

This scared Nigerians on social media who recounted the death of singer, Sound Sultan and his last message on Instagram.

Recall, when singer, Sound Sultan died, his last message was a song by Patoranking which appealed to people to celebrate people when they are living not when they are dead.

Adesua Etomi pens down tribute to her bestfriend, Linda Ejiofor