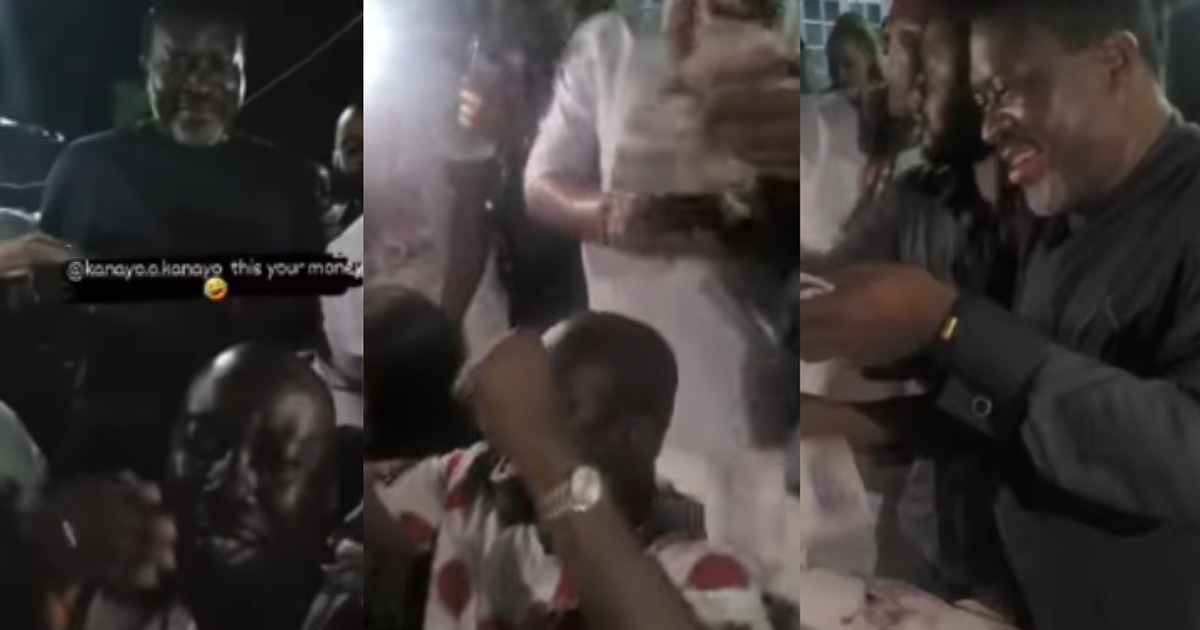 A video making the rounds on social media shows the moment Obi Cubana did the sign of the cross as actor Kanayo sprayed money on him.

In the viral video, Obi Cubana was seen sitting down as Kanayo O. Kanayo stood at his back with bundles of Naira notes.

Obi Cubana turned back and saw the actor spraying money on him and jokingly made the sign of the cross.

This is coming after Nigerians advised against picking Kanayo O Kanayo’s money after a recent video of the actor talking about sacrifice surfaced.

In the video, Alex Ekubo was heard throwing shades at Kanayo, and referring to him as the father of sacrifice.

Kanayo in his reaction, agreed that he loves sacrifice, noting that without sacrifice, you are going nowhere in life.