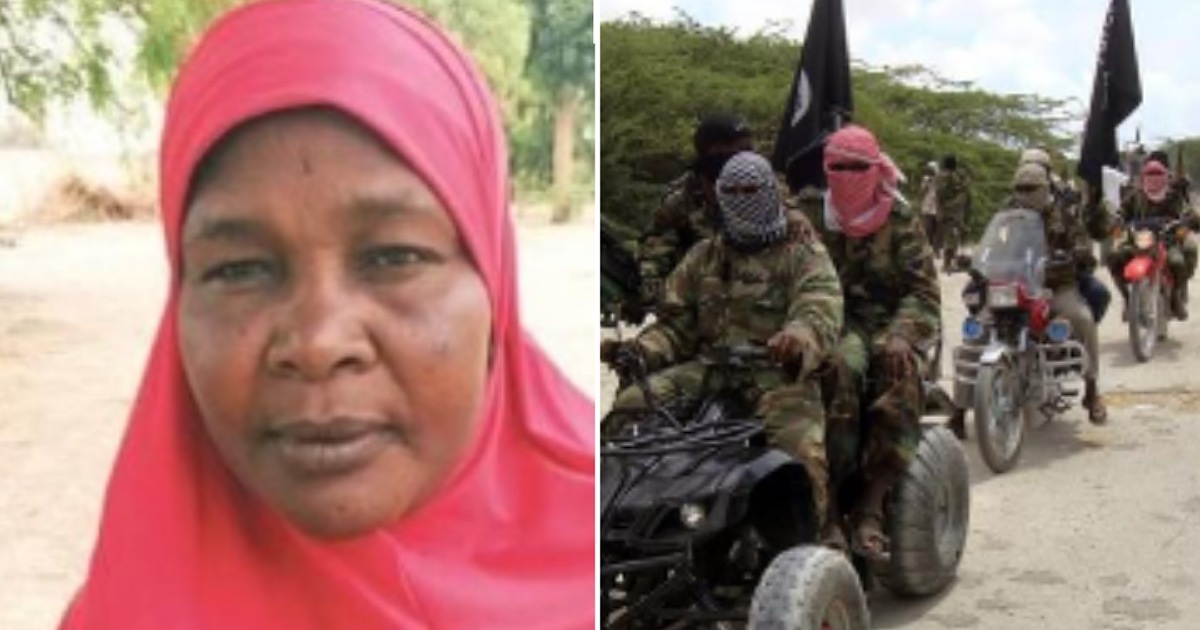 Maryam Adamu, the widow of a late politician in Yobe state has shared sad story of how her husband was killed by Boko Haram terrorists right in front of her.

In an interview with The Nation, Adamu said described the day her husband was murdered as the darkest day of her life.

“My husband was a politician. He was like a delegate in the local government. During campaigns, politicians like the chairman or councillors bring food and palliatives for my husband to share with the people here. They bring the items to our house.

I sometimes share the food items and sometimes wrappers with women; it could be sugar, rice or millet and any other supportive package.

My husband will collect them and write down the names of the people that will benefit. We used to do this together. He was a man with a very good heart. He has the interest of the people at heart. He was loving and caring not just to his family but everyone else in the community.” he said

”They will either fish out the men or the young males, kill them or ask them to stay aside and were later taken away.

My husband was killed alongside other ten men, in an attack which was carried out by the Boko Haram people. They killed both young and old, from ages 13 and above. They were all shot dead. They selected and took others away.

My husband was killed right in front of me. I covered him with my wrapper and hijab. They were looking for him when they gathered the people. You know that Boko Haram did not like politicians and my husband was a politician. A very popular one at that time. As they were killing people, one of the Boko Haram came to me and asked where my husband was. I told him, I don’t know. He asked me to stand up, before I could stand, he opened my wrapper and hijab, removed my husband and slaughtered him in my presence. It is such an experience I find very difficult to recall. I still recall that a stray bullet hit a pregnant woman who was sitting just beside me on that fateful day. She was bleeding seriously. I doubt if she survived because there was no medical care.”