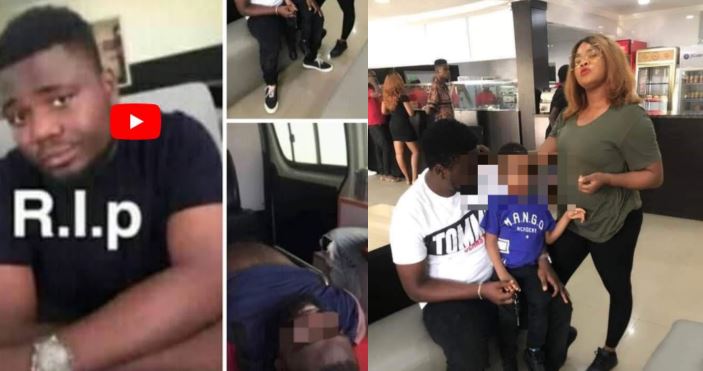 Report reaching us has it that an unknown Nigerian man slumped and died shortly after DNA test revealed that  he’s not the biological father of his son.

As narrated by Instagram comedian Brakingface, the deceased lived abroad but his wife and son stay in Nigeria. From the narration, the man once saw his wife frolicking with another man on SnapChat and fiercely confronted her.

The woman threatened to call the EFCC on him if he traveled down to Nigeria, obviously knowing the skeletons she has tucked in her dirty closet. He finally came back home to Nigeria and decided to conduct a paternity test on their son only to found out that he’s not the biological father of the boy.

Man in dilemma on how to break news after infecting…

Out of shock, he reportedly slumped and died when it dawned on him that he has been fooled.