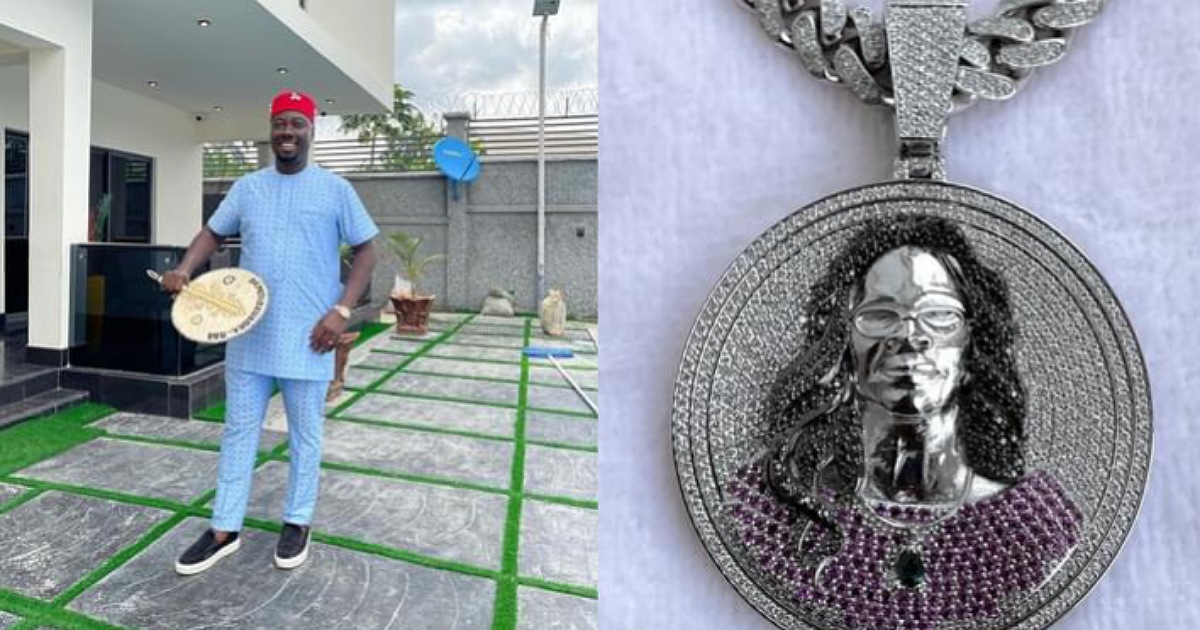 Obi Cubana has been in the news following the gift of over 300 cows which he received as gifts ahead of the burial of his late mother.

Obi Cubana builds church in his hometown, Oba, promises to…

According to a luxury jeweler, Obi Cubana had reached out on what a $100K [50 million naira] would get him to honor his mother. In return, the jeweler made him a diamond pendant with the face of his late mother on it.

“@obi_cubana asked me “I want something special to commemorate my mum what can my 100k$ do for me” told him Say no more big bro #justaskobi,” the jeweler wrote while sharing photos of the luxury piece on Instagram.

Four cats and a snake found living in a woman’s car in Benin, Edo state